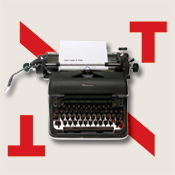 “The only duty of a storyteller is to tell a story”

In a nameless totalitarian state, a writer finds himself the subject of interrogation over a series of gruesome child-murders that seem to mirror the plots of his stories.

As the investigation delves deeper, shocking truths are revealed when the writer’s twisted tales are brought to life, blurring the line between fiction and fact.

THE PILLOWMAN is a suspenseful and wickedly funny psychological thriller that explores the dark corners of the human imagination and the exhilarating power – and danger – of storytelling itself.

From the fertile imagination of Martin McDonagh, award-winning playwright (The Beauty Queen of Leenane, The Lieutenant of Inishmore) and filmmaker (In Bruges, Seven Psychopaths), this is a viciously funny and seriously disturbing play that walks the very fine line between comedy and cruelty.

THE PILLOWMAN is as black as comedy gets.

“Has a trippy black energy … surrender to the narrative switchbacks, the pleasures of a who-and-why-dunit, and ponder theatre’s power to make you sit still and listen” Jason Blake, SMH

“A good-looking, tightly-framed production … a twisting, turning rollercoaster through a house of horrors” SunHerald 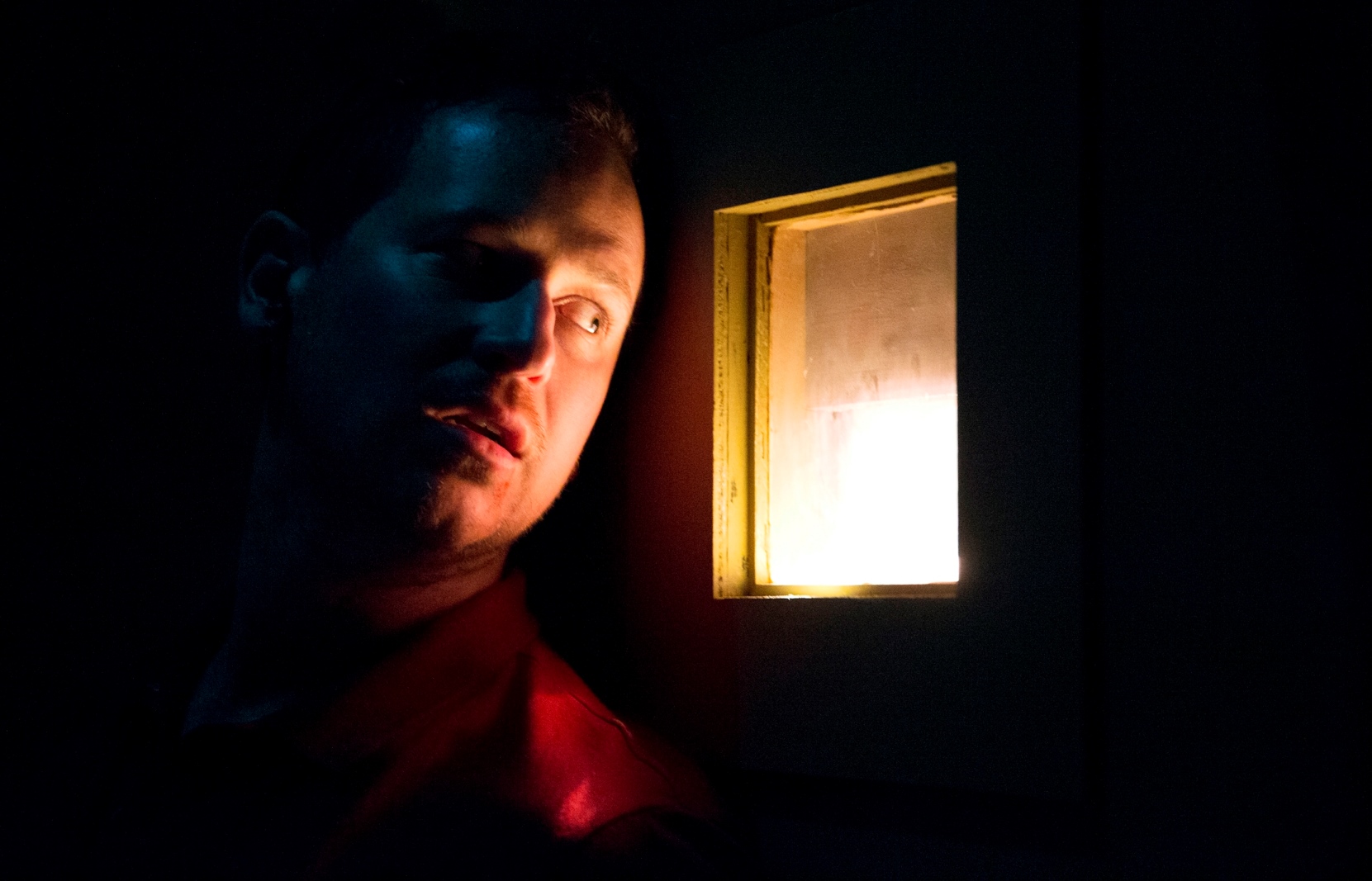 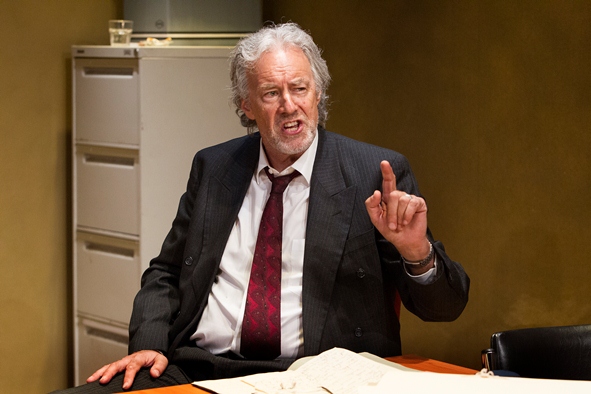 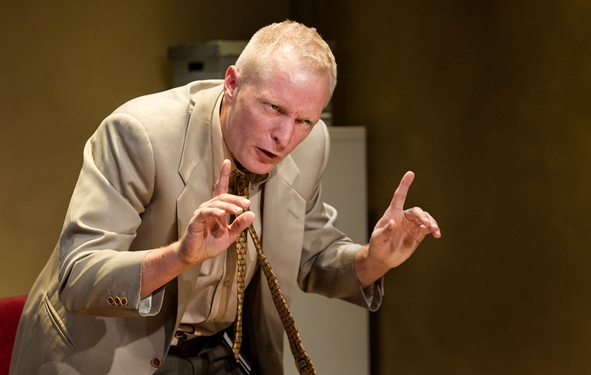 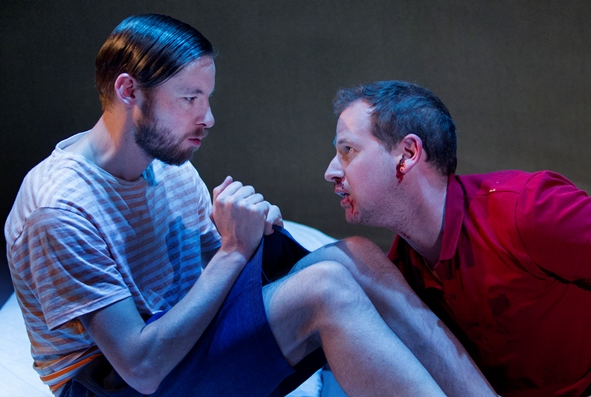 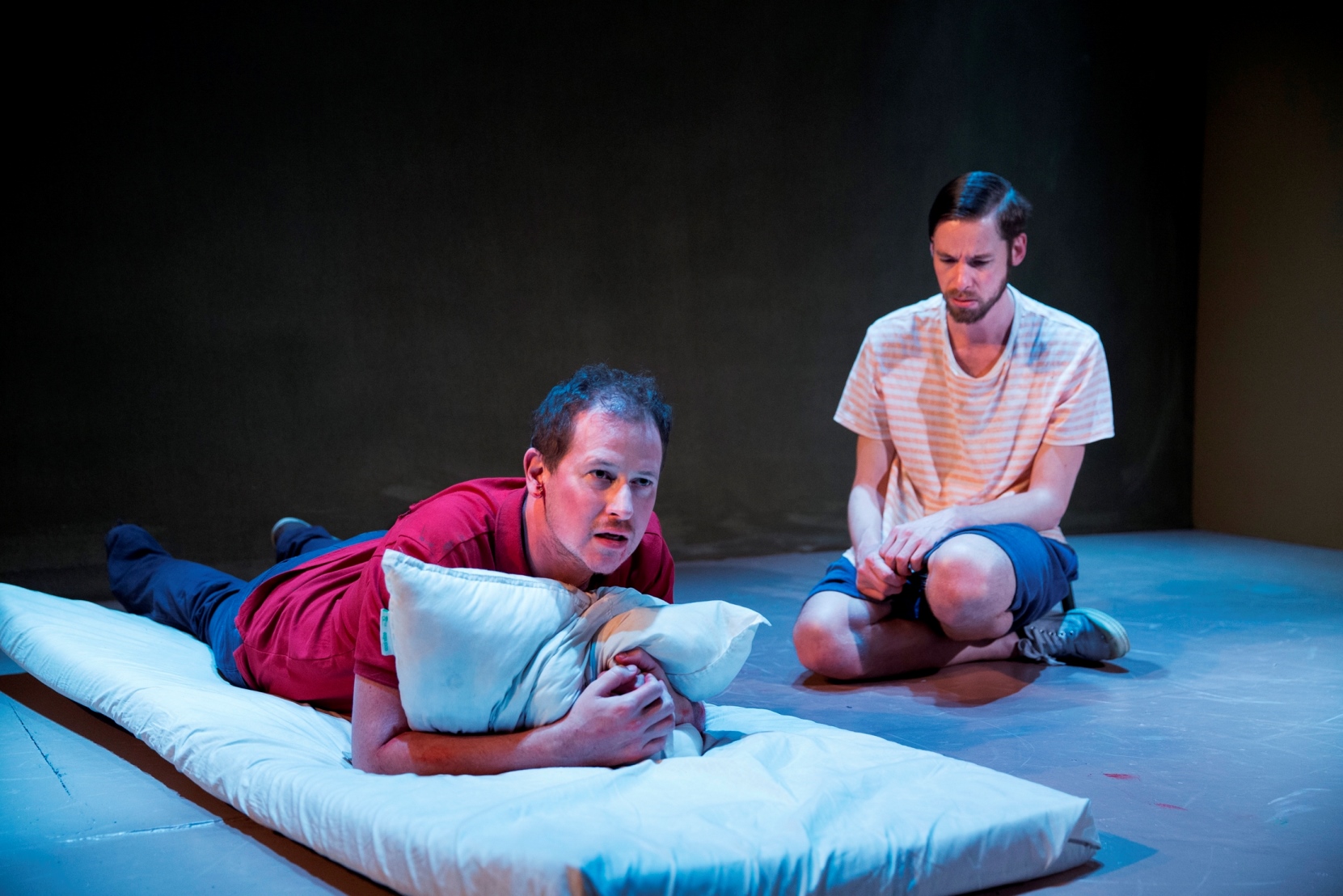 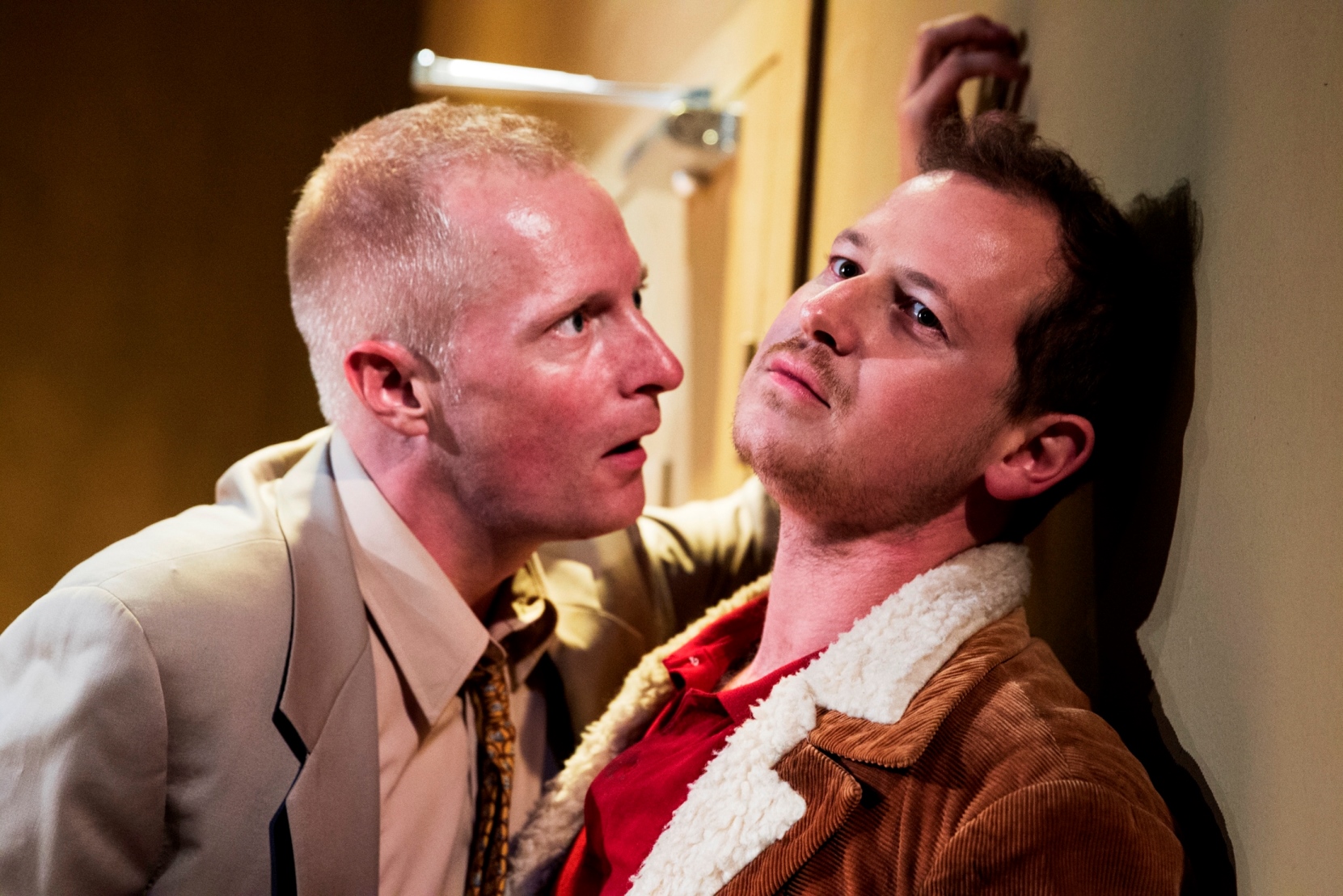 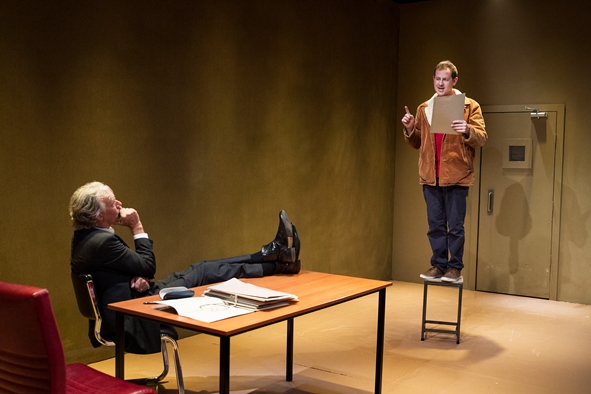 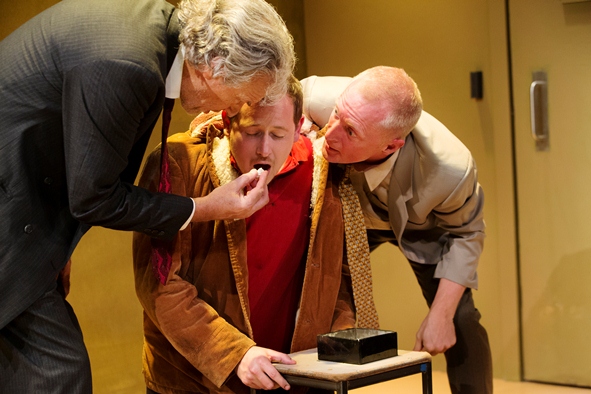 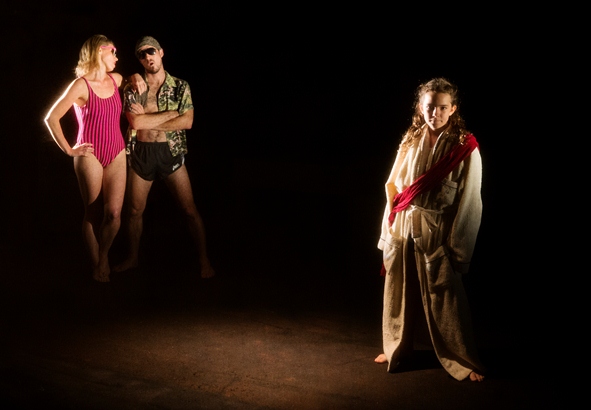 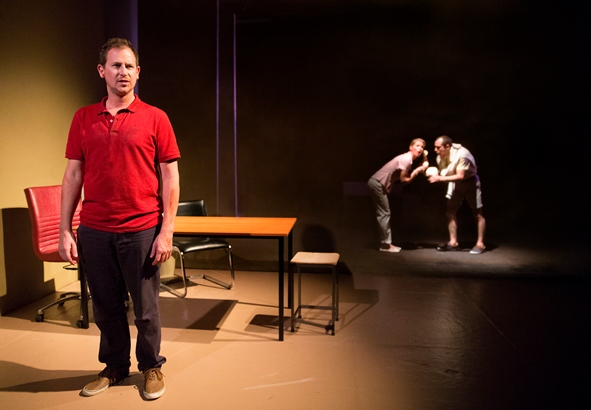 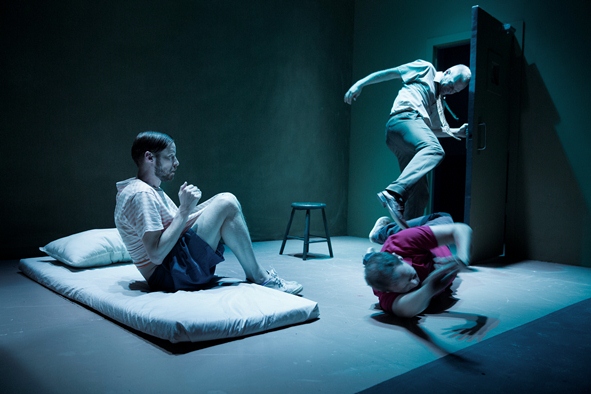 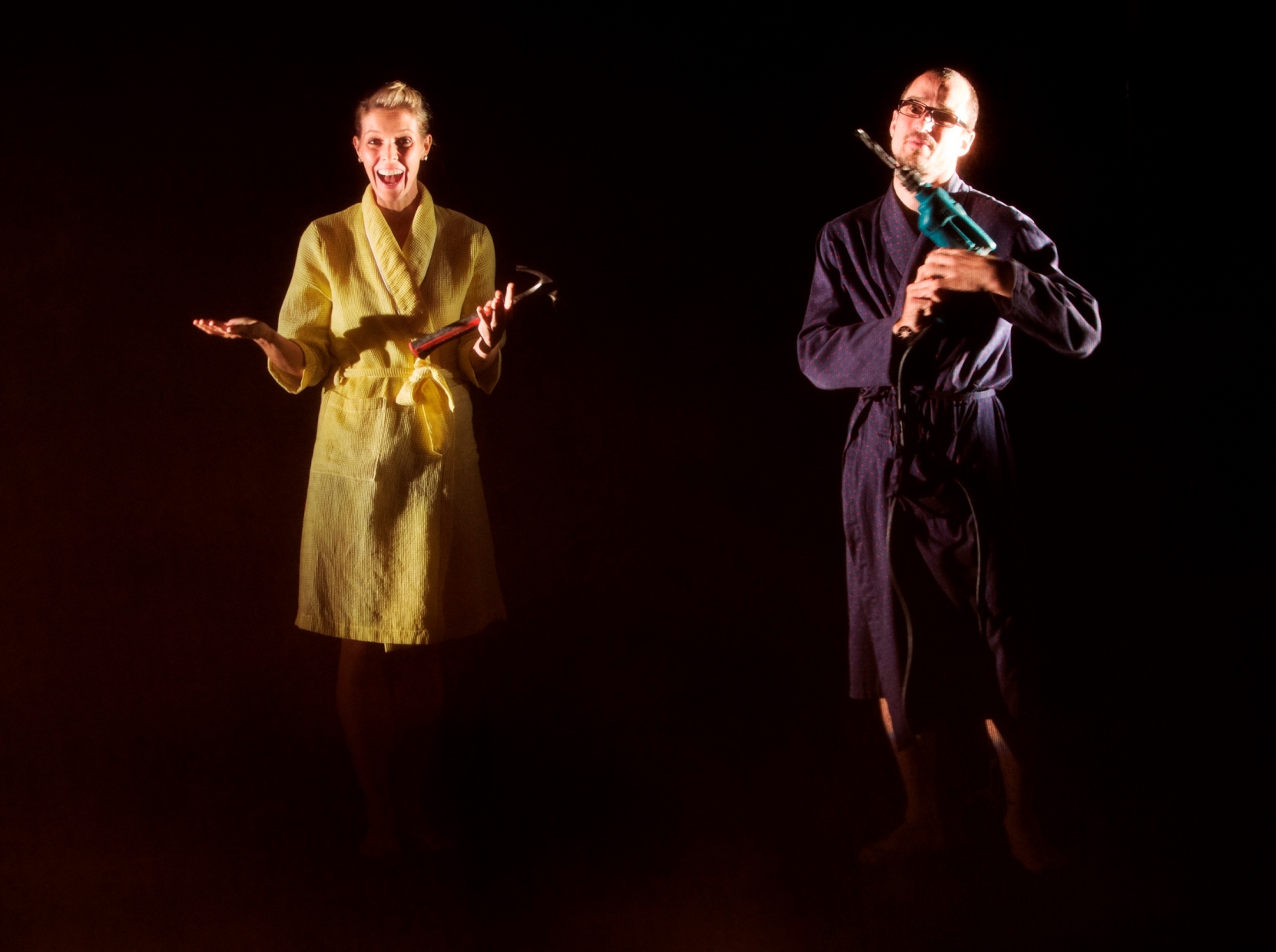