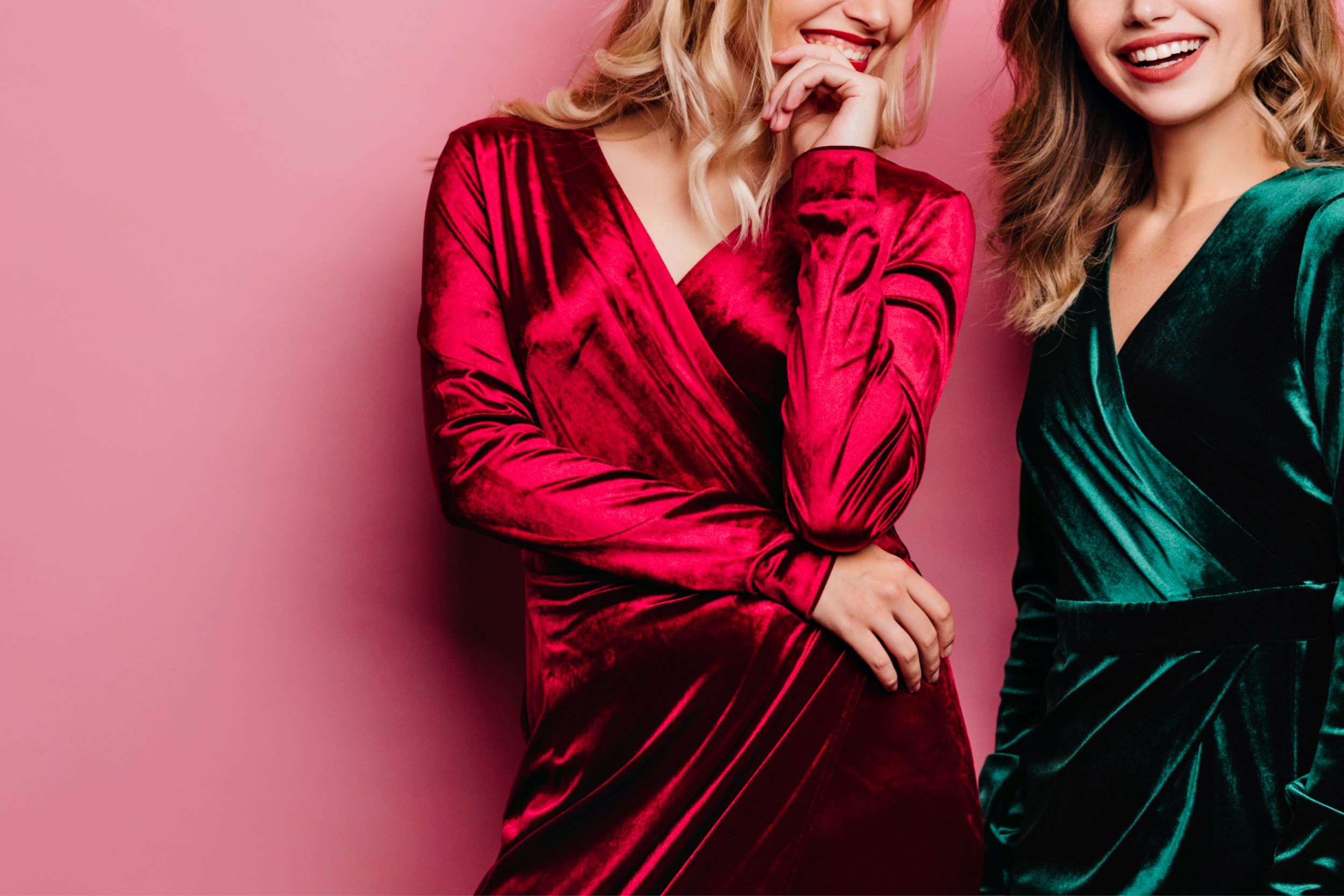 The Merry Wives of Windsor

“Wives may be merry, and yet honest too.”

That old scoundrel, the fat knight Sir John Falstaff, erstwhile pal of Prince Hal, is down on his luck.

Seeing a way to restore his fortunes, he schemes to seduce both Mistress Page and Mistress Ford, the wives of two wealthy merchants.

He sends them identical love letters, but his double-dealing ruse is discovered, and the two ladies determine to teach him a lesson.

Meanwhile, the irrationally jealous Frank Ford has heard of Falstaff’s plan and decides to test his wife’s fidelity.

And in a subplot of young love, the Pages’ daughter, Anne, is pursued by three suitors, each of whom is paying Falstaff’s old crony Mistress Quickly to push their cause.

There is much mayhem, dodgy disguises, misdirected letters, a duel and a midnight denouement, before the tangle is unraveled, the men-behaving-badly get their comeuppance, and the good prevail.

Shakespeare’s bright and breezy comedy of sexual jealousy, where clever women are forced to put up with dull, ego-centric men, is given an 80s reboot, the fun played out against a landscape of suburban aspirations and neon-hued bad taste.

“Jealousy and lechery divert in a sparkling romcom” The Guardian

“In the capable hands of this cast, Shakespearean English with an Aussie twang makes perfect sense and a terrific night out. Go see it.” City Hub

“Rather than 17th century Windsor, director and designer Victor Kalka [has] placed this performance squarely in 1980s suburban Australia…[drawing] connections between the colloquial, gossipy context of the original production in Shakespeare’s day under Queen Elizabeth I and a more recognisable mode for Australian audiences of a neighbourhood dramedy like Neighbours or Home and Away.”  Night Writes

“Director Victor Kalka and dramaturg Samuel Webster have made bold choices in staging their interpretation of the work…Among the cast is a wealth of experience that comes to the forefront of the show when speaking Shakespeare’s language.” Theatre Thoughts 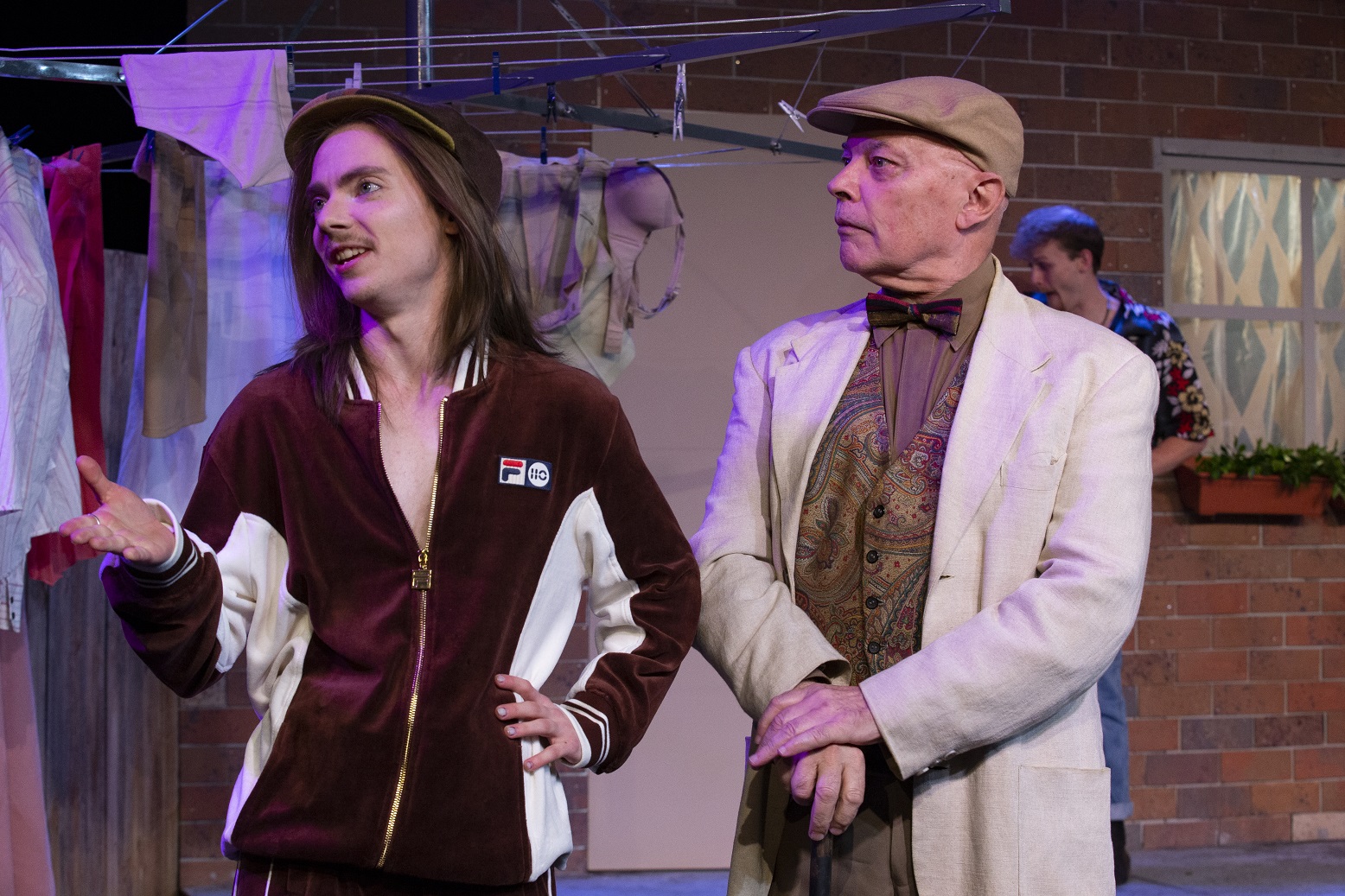 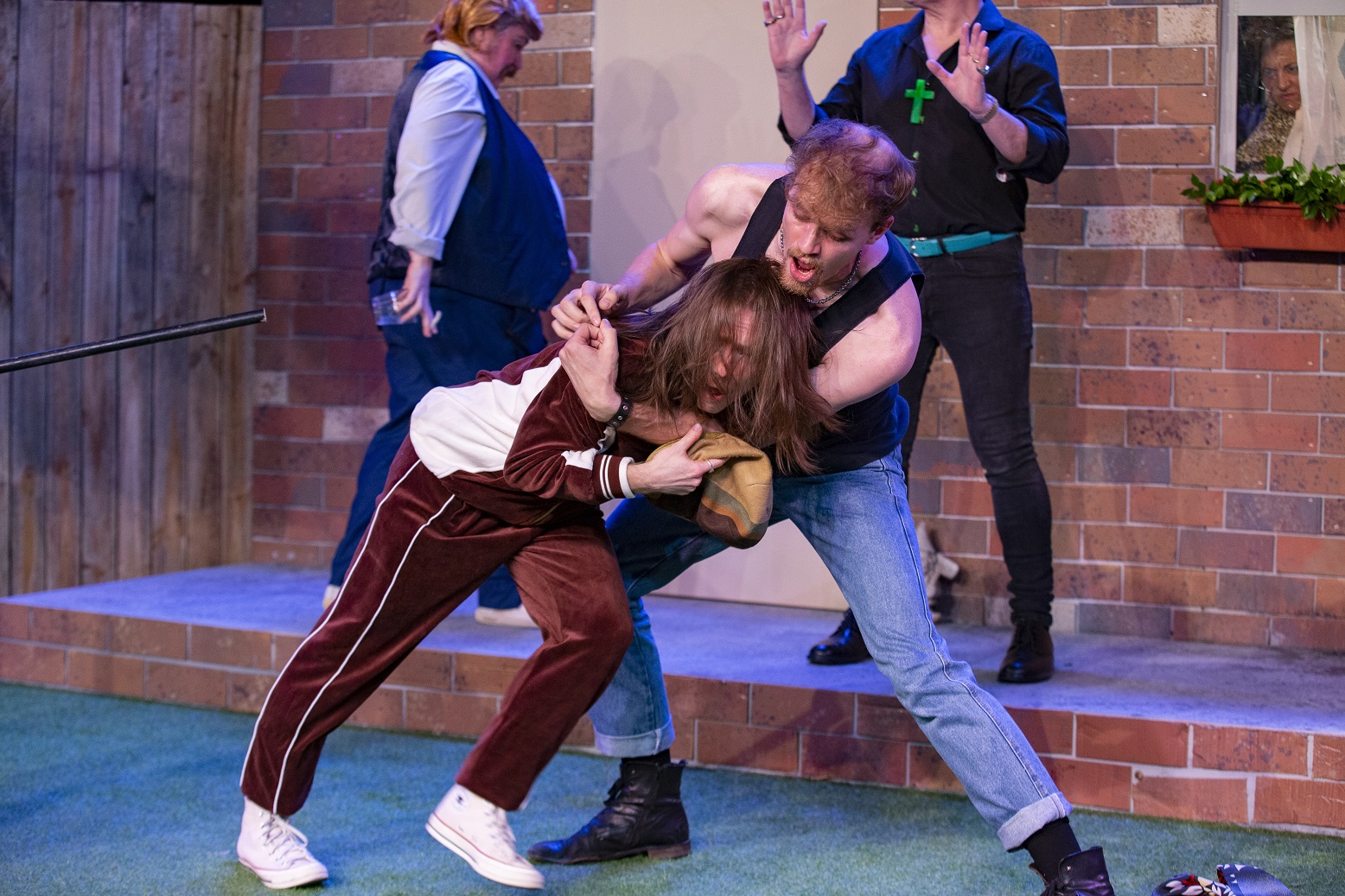 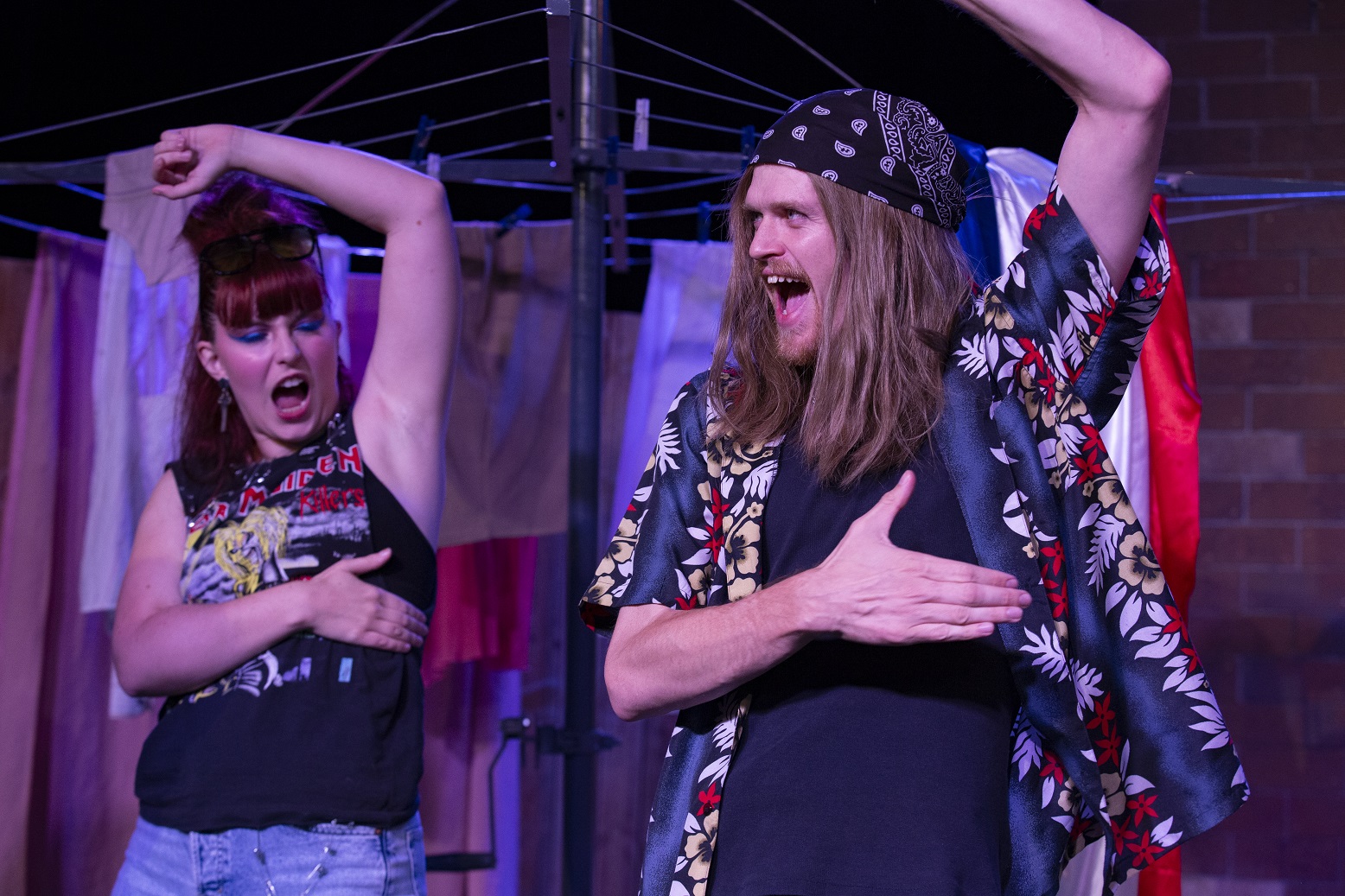 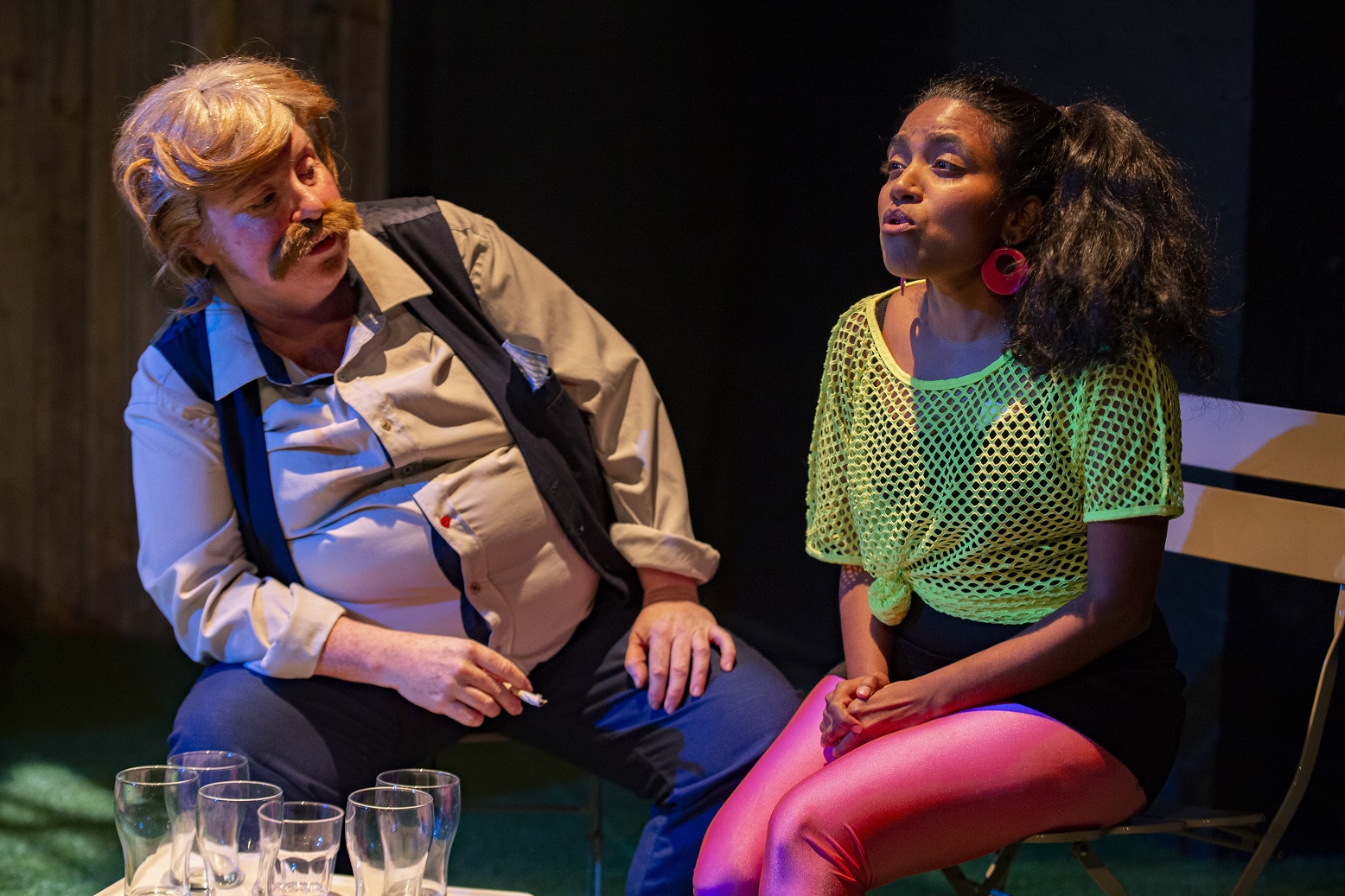 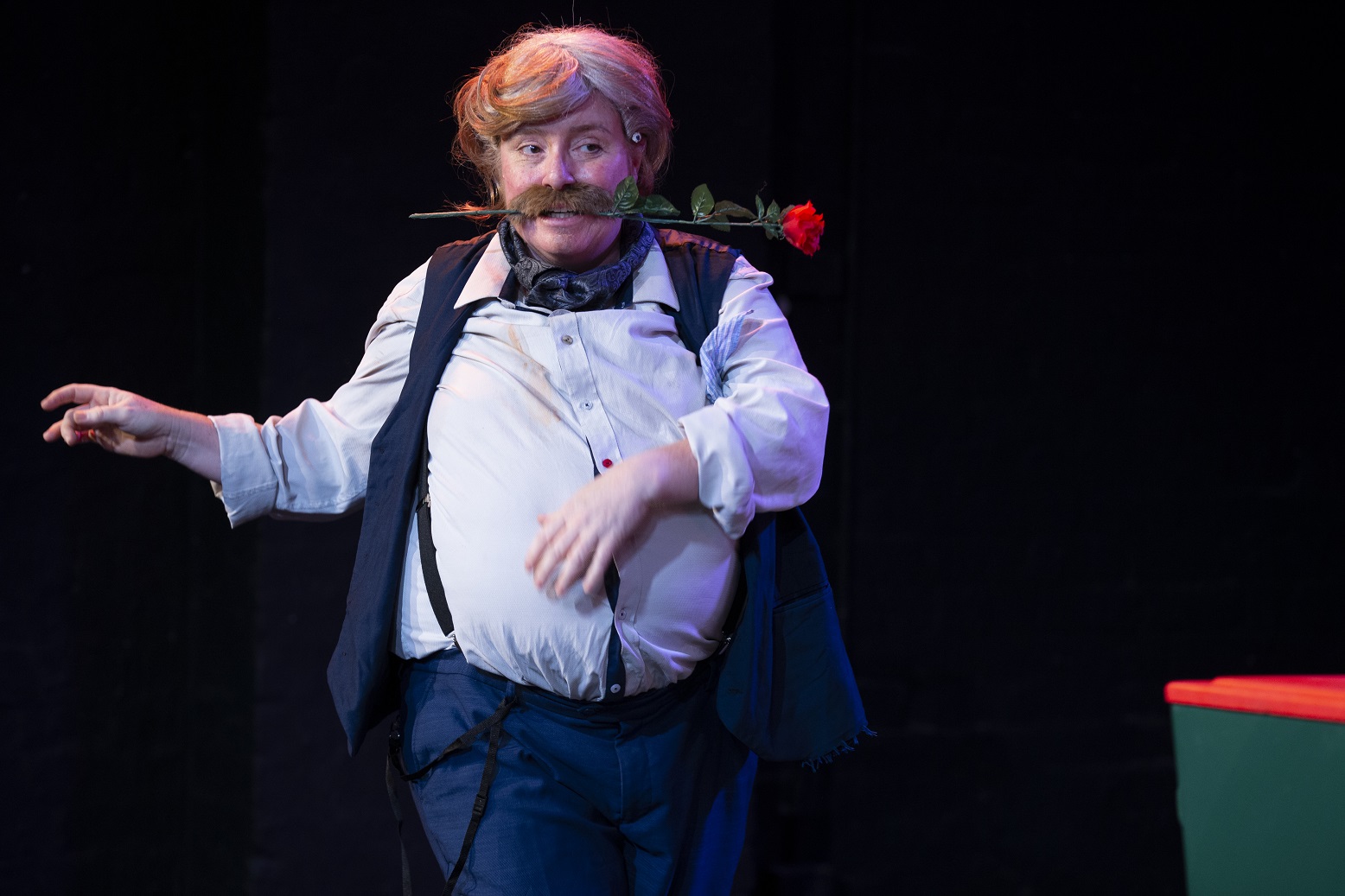 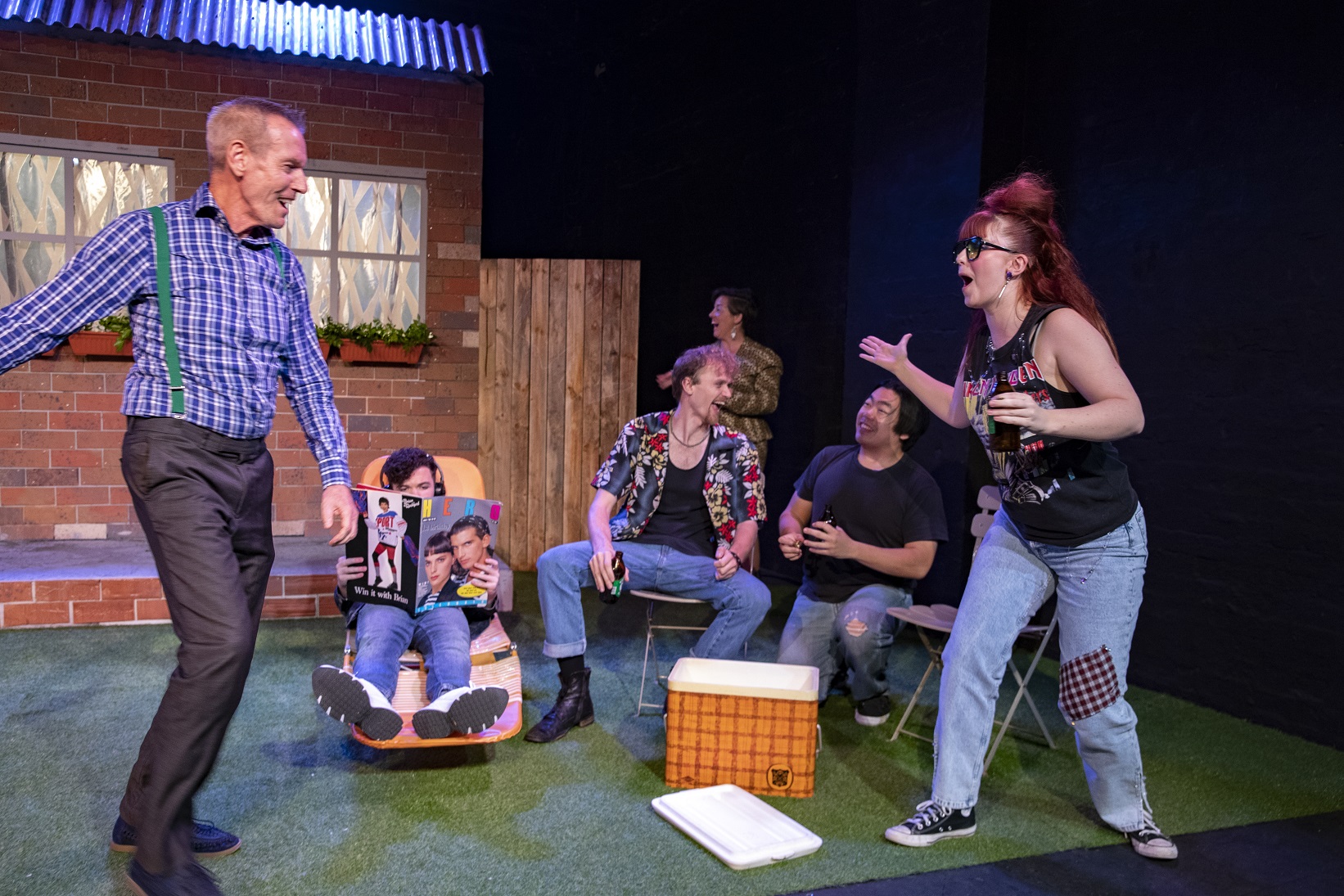 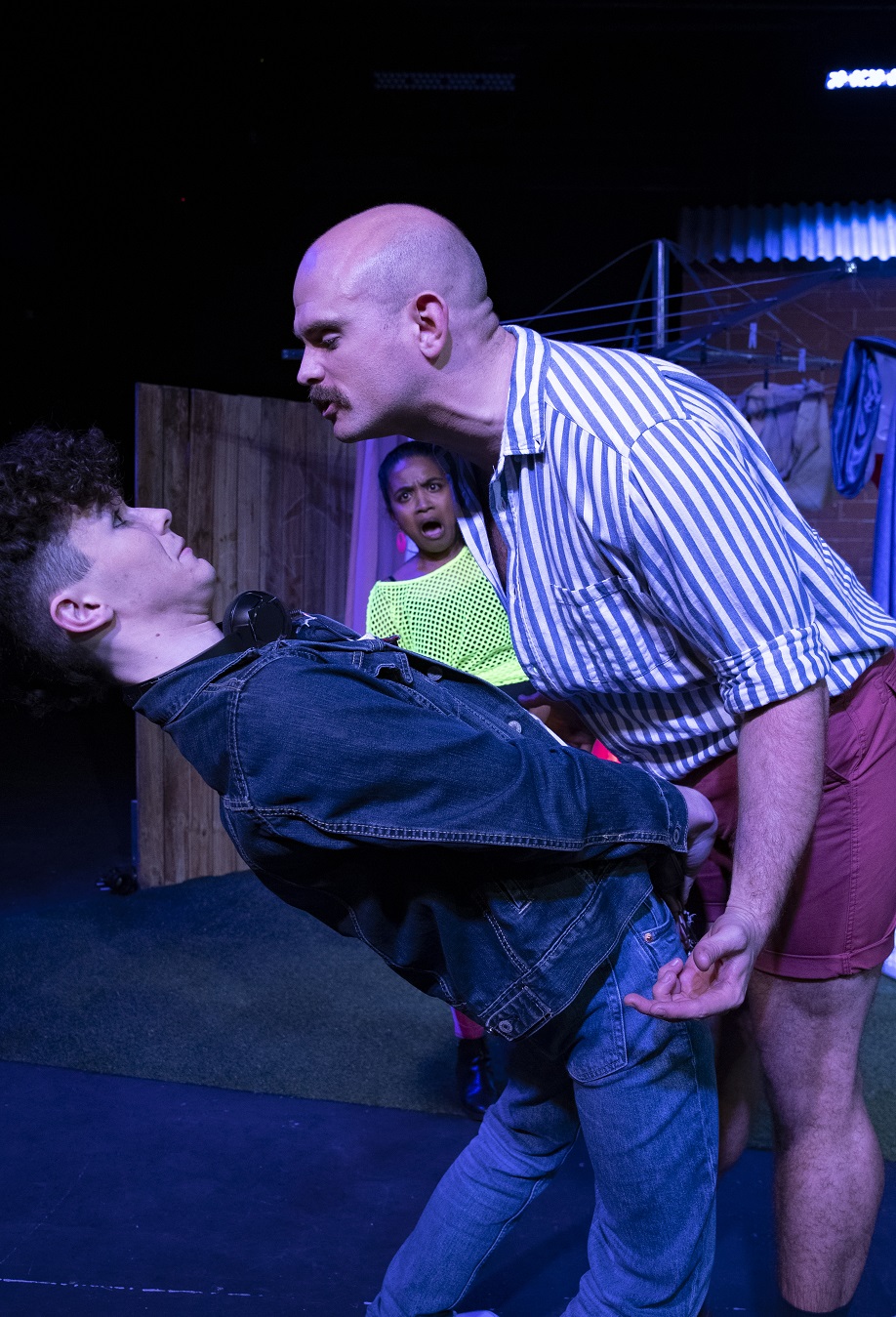 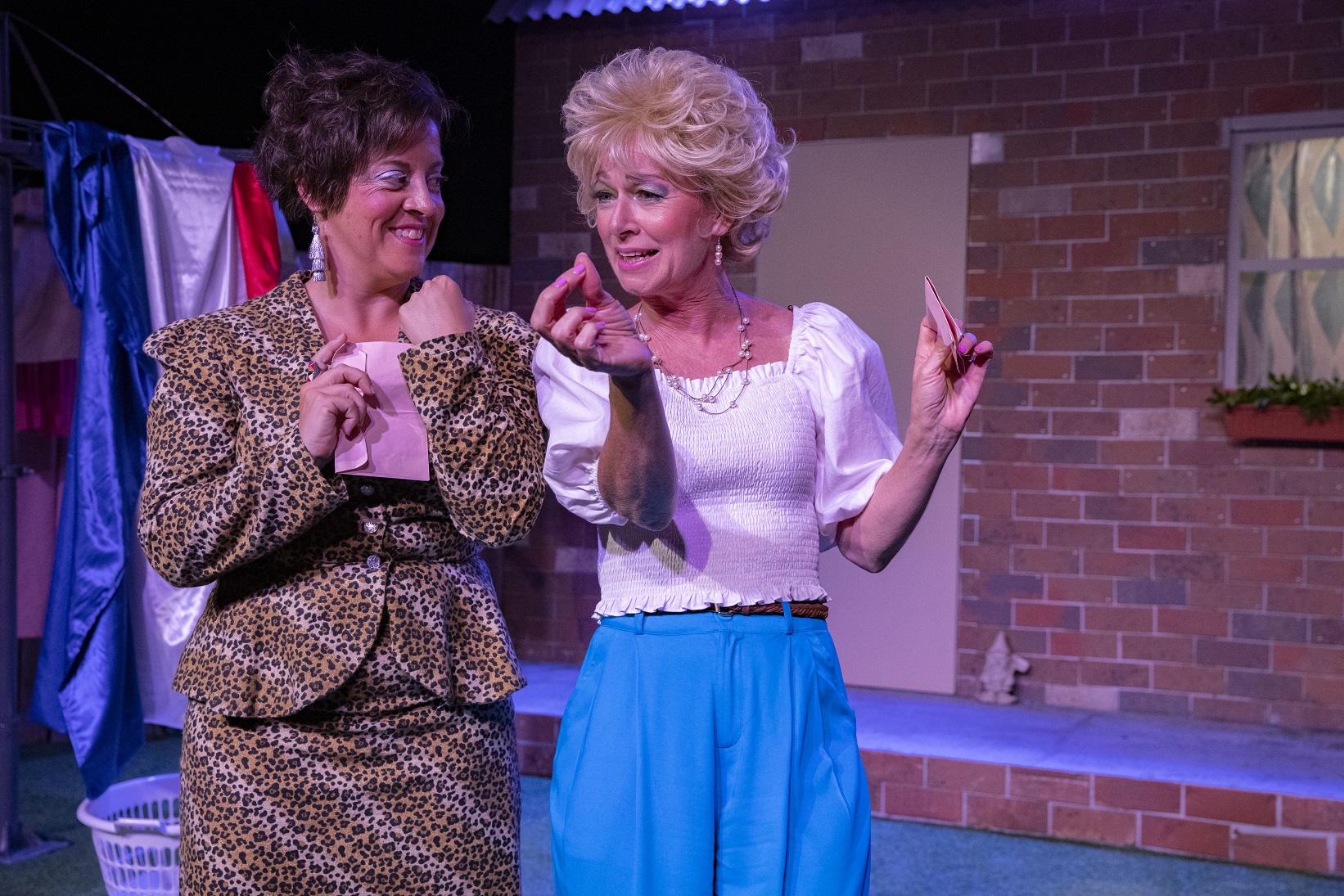 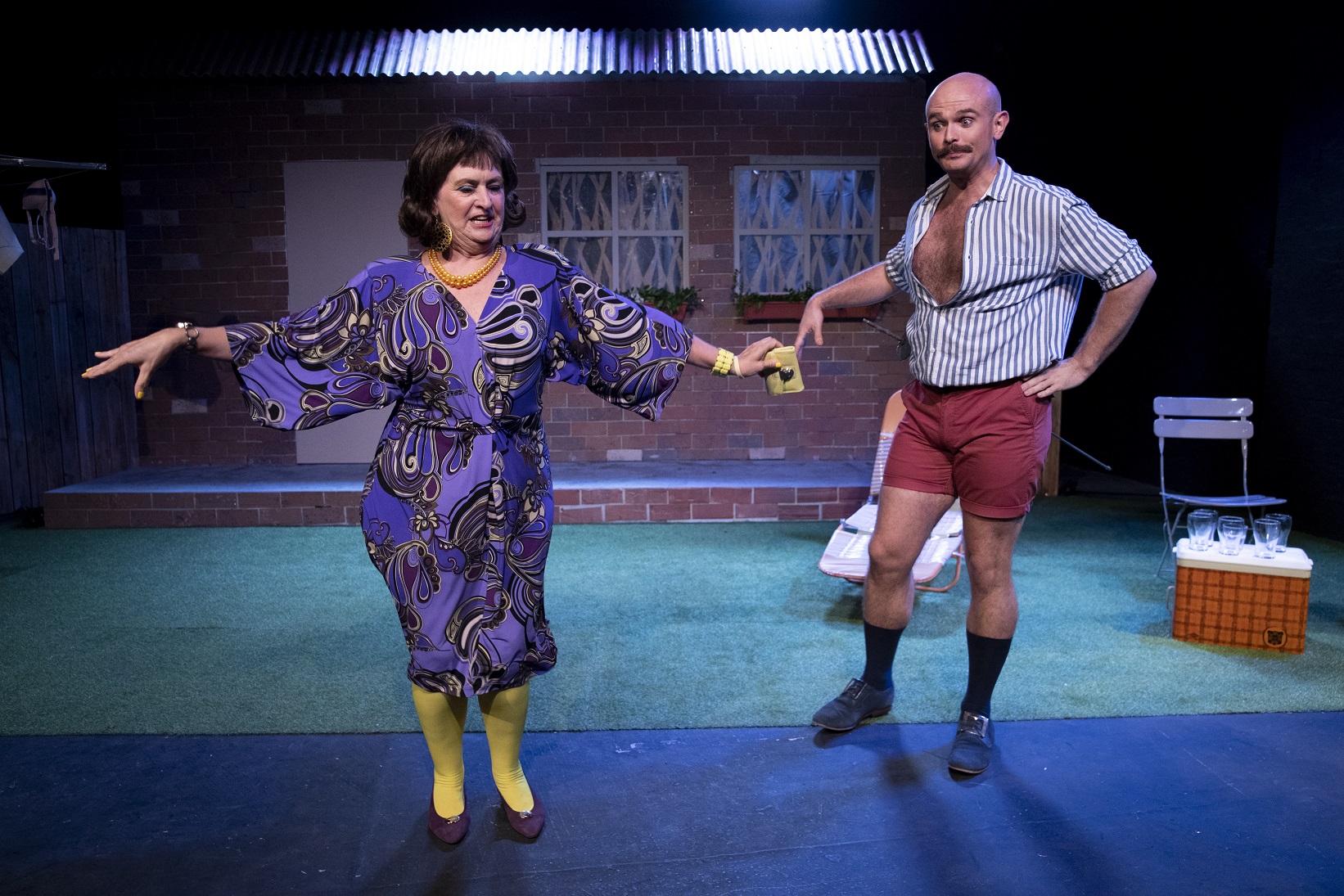 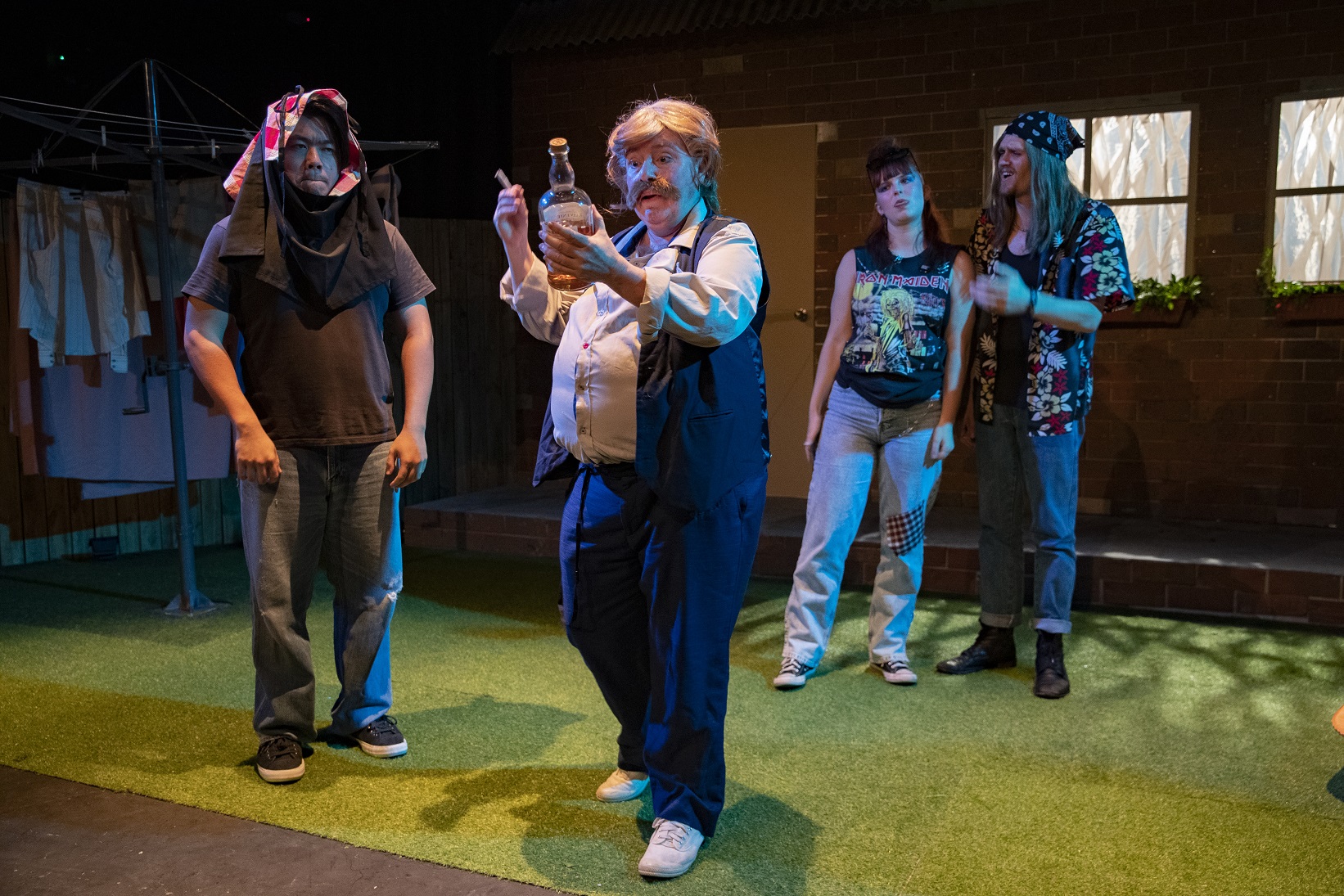 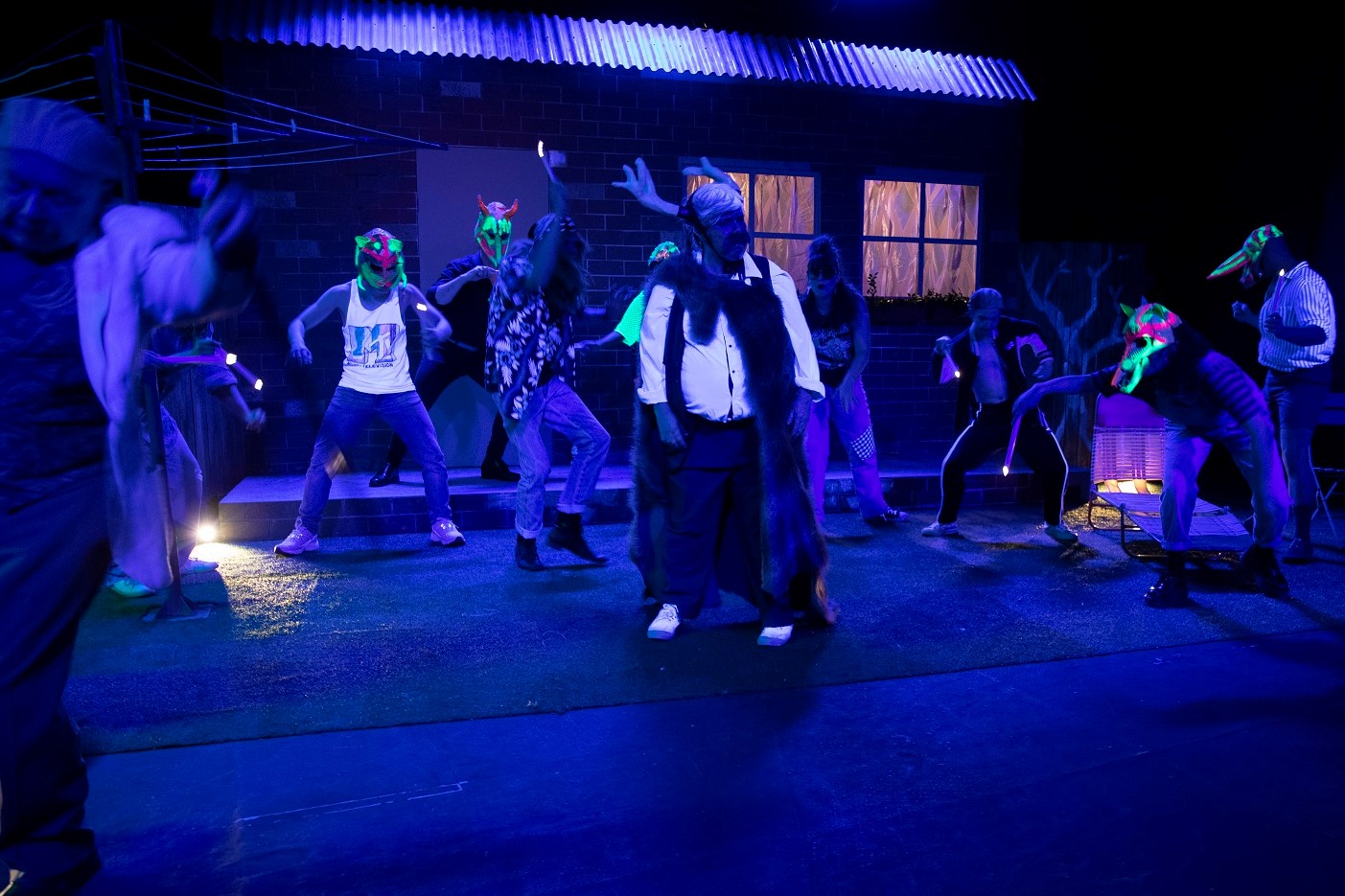