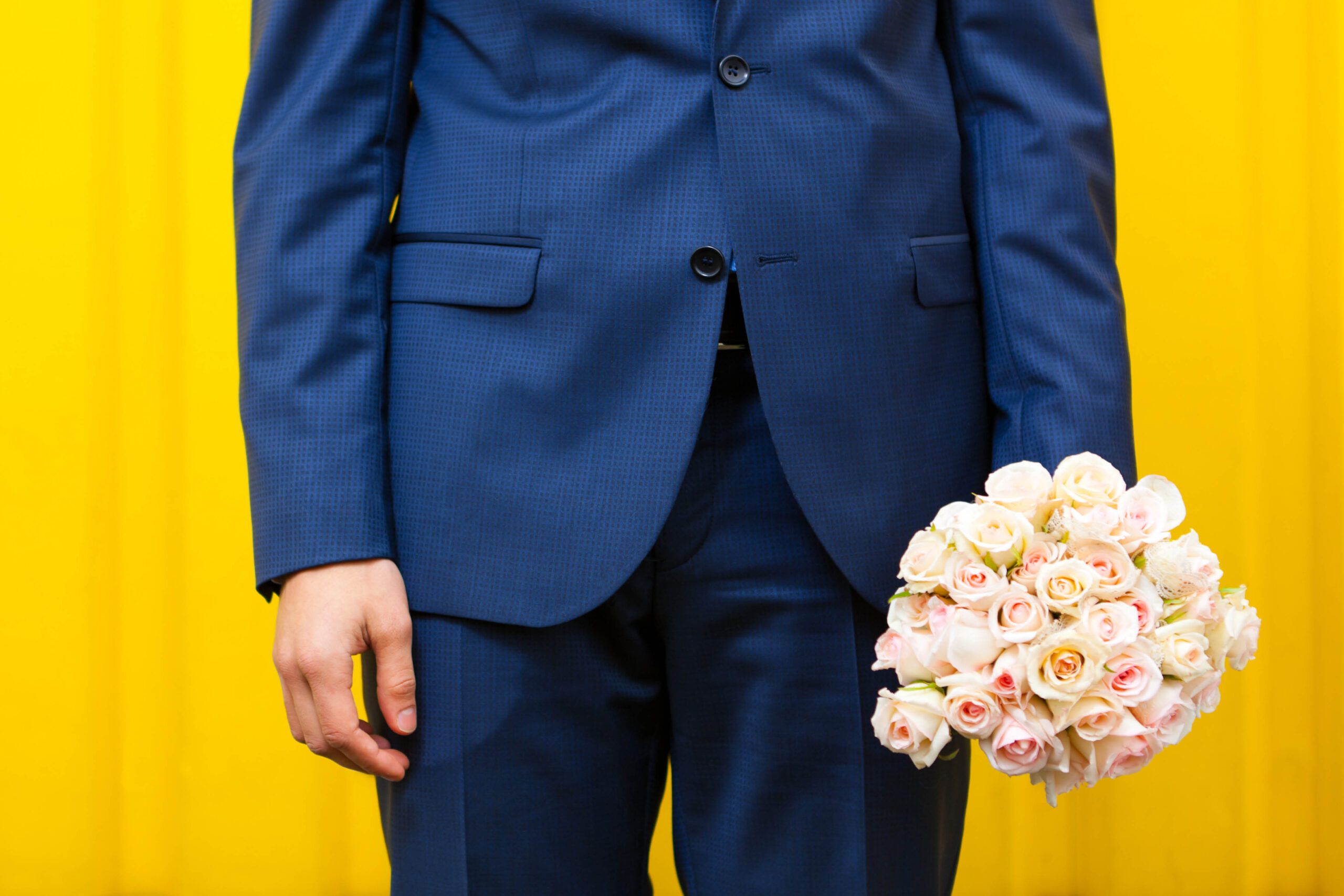 In accordance with the latest NSW Public Health directives and the lockdown of the City of Sydney LGA, New Theatre has sadly made the decision to cancel the last two performances of SIGNIFICANT OTHER: Friday 25 June 7:30pm and Saturday 26 June 2pm.

“You’ll have a husband, children…I won’t even come close. And I shouldn’t. I wouldn’t want to. It’s just…your wedding is my funeral…”

Jordan Berman is young, single, Jewish, and gay. He lives in New York, has a good job, a great apartment and a fabulous trio of best girlfriends. Only one thing is missing from his life.

Being a romantic dreamer, Jordan develops a crush on cute co-worker Will, obsessing over every little detail: his shoulders, his sneakers, the way he sips his coffee. This leads to a ‘first date’ of excruciating awkwardness and then the slow realization that his feelings aren’t reciprocated. Another date turns out to still be recovering from a break-up. Another isn’t interested in anything ‘long term’.

As one by one his posse of gal-pals find love, and life becomes a whirl of wedding showers, bachelorette parties and marriage ceremonies, Jordan starts to fear he’s running out of time.

Despite the wisdom imparted by his grandmother Helene, who tries to explain that he’s merely stuck in a bad chapter in a long book, Jordan isn’t convinced that his story is moving inexorably towards ‘happy ever after’ with his prince.

Though full of laughs and wise-cracking, whip-smart repartee, Harmon’s play is also a clear-eyed, unsentimental look at what happens to friendships when people start to pair off, and the profound loneliness of being single when all you desire is a soulmate.

Please note: New Theatre is a general admission theatre and seat selection is done on a first-come-first-serve basis. Venue opens 30 minutes before the advertised starting time of a performance. As per the new NSW Public Health COVID-19 guidelines, we are running at 50% capacity (75 patrons), and face masks are mandatory. If you have any concerns, please contact our Theatre Manager manager@newtheatre.org.au

★★★½ “A spiky dark comedy about our worst anxieties…the laughs flow easily and the heart holds true…Director Hayden Tonazzi’s steady hand at the play’s centre makes space for bravely funny performances…It’s refreshing to see a play that feels in conversation with a contemporary experience of growing older alone; it’s wonderful to laugh often and freely and still feel involved in the story. This one’s a charmer.”  Sydney Morning Herald

★★★★ “New Theatre is on a hot streak of quality presentations this year. Significant Other continues the trend…Salvos of tart observation and whip-smart repartee…Generates a lot of laughs but several in the audience were smiling through tears at the end…A great-looking, sharply paced production.” Audrey Journal

“A production of quality…Highly recommended for lots of laughs, great direction and terrific performances.”  Reviews by Judith

“Hayden Tonazzi’s direction is honest and well-balanced, allowing the heartbreak equal weighting to the humour and fun…Set design by Hamish Elliott is inventive and integrated Morgan Moroney’s neon lighting design well, the modernist aesthetic added a sharp and cool edge to the production…The six person cast does some heavy lifting to construct three love stories and a friendship group with a rich history.”  Night Writes

★★★★ “A uniquely honest reflection of a modern conundrum…There’s a wonderful on-stage repartee, delivered by a cast strong enough to create a chemistry that doesn’t feel at all contrived…Jordan’s exaggerated neurosis roots the character in a place of comedy until that lightness becomes dark. It’s possibly one of the most relatable characters I’ve ever seen on a Sydney stage, a credit to both writer and performer (Tom Rodgers)…A witty, gently poignant play.” Sydney Sentinel

★★★½ “A great deal of laugh out loud moments as well as deeply touching moments of poignancy inspiring heartfelt empathy…This production captures well the essence of what it feels like when everyone around you seems to be moving on and you end up feeling very much alone.”  Theatre Thoughts

“From the set, to the script, to the wonderful performances, this show is absolutely beautiful…A tremendous congratulations to all involved – I recommend everyone in Sydney attend. Especially if you’re queer, or ever considered the prospect of a life alone. You’ll laugh, you’ll probably cry a little, and you’ll definitely see yourself on this stage.”  Theatre Travels

“Relatable, heartfelt…A polished, poignant piece of writing…As dark as the play’s subject is, it also has plenty of humour and colour.” Sydney Arts Guide

“What a coup for the New to have snapped up the Australian premiere of Significant Other – a beautifully written play that takes a different, deeper look at the complex relationship between gay men and the women who love them … and what happens when those friendships change…Design wise, this production is clever, upbeat, and totally professional. As is the direction and the acting…No one could have handled this play more faithfully than director Hayden Tonazzi and his cast and crew.”  Stage Whispers

★★★★★ “Wonderfully funny and compassionately hard-hitting…This performance is a must see, it will have you laughing at the familiar antics of friendship and you will be close to tears at the disappointing blows of change and love through the passage of time.”  On The House

“A well-cast, smart and confident production…Inside the whip cracking dialogue and one more messy bachelorette party there’s a heart to this play…It’s always super exciting to catch the work of emerging directors, creative teams and actors.” Kate Gaul, Theatre Now 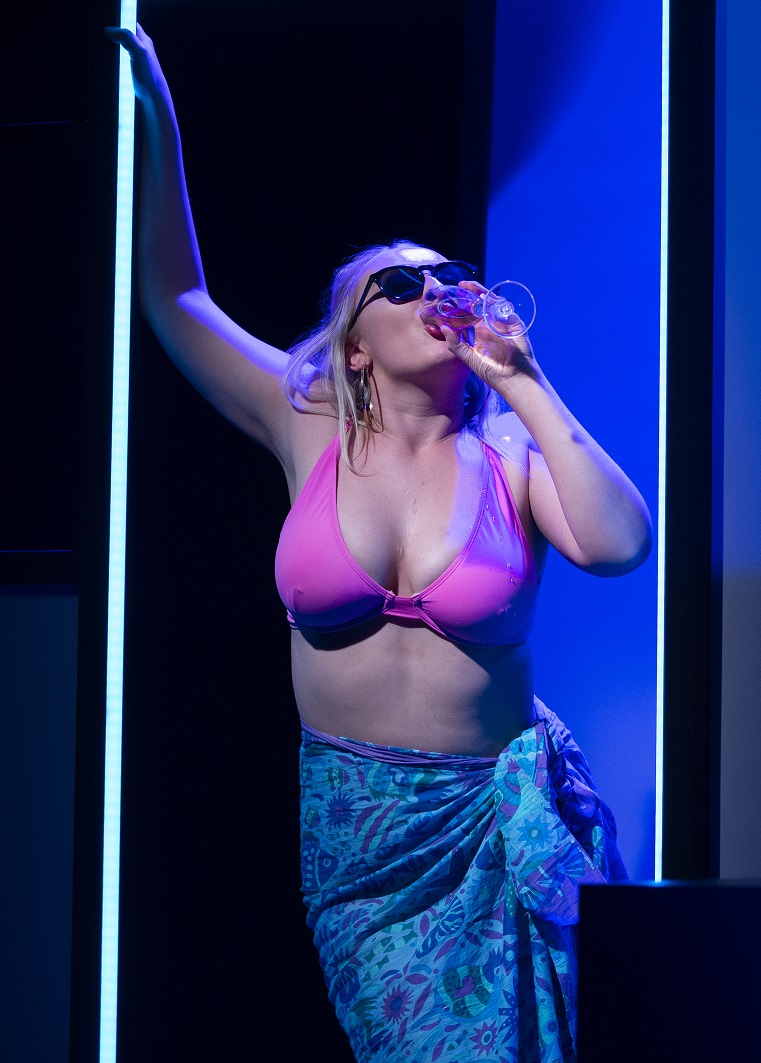 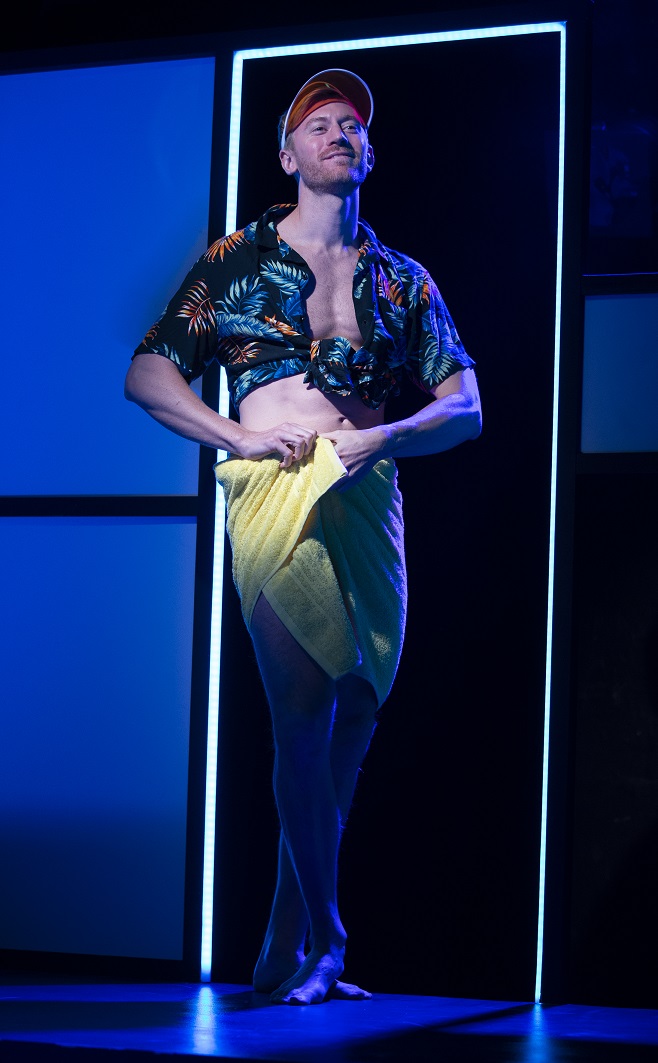 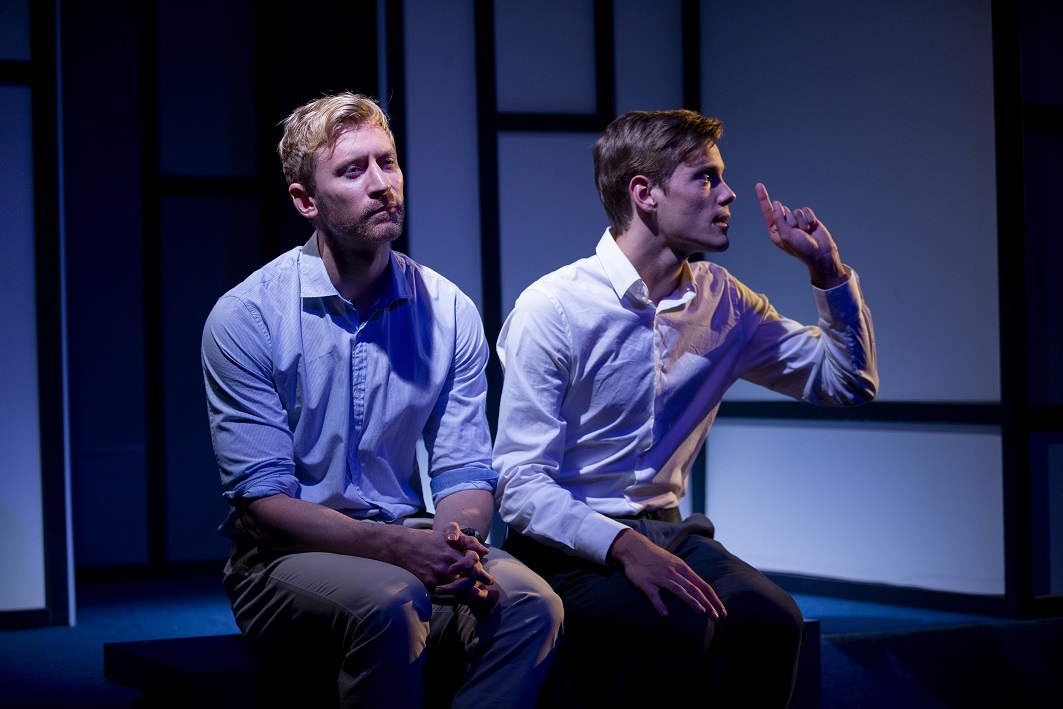 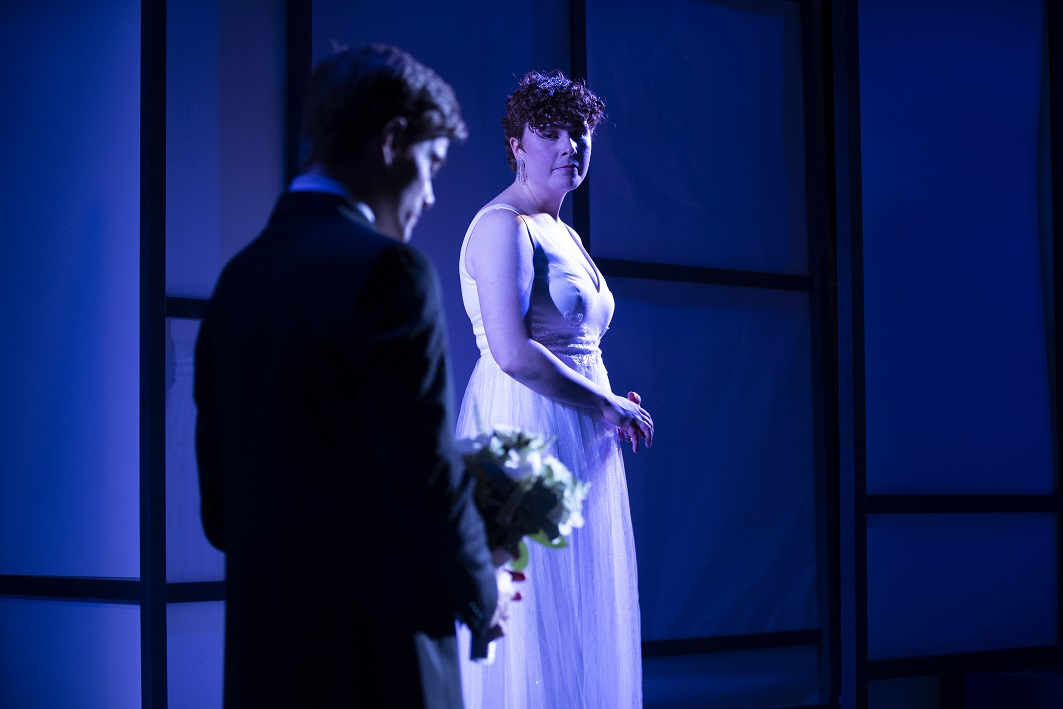 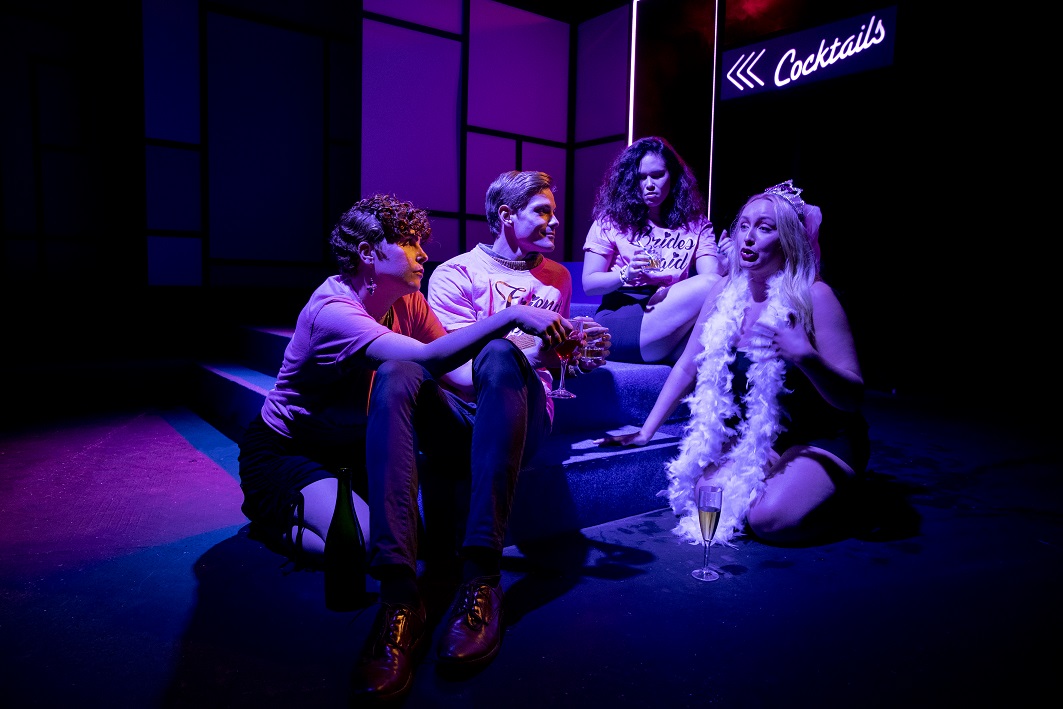 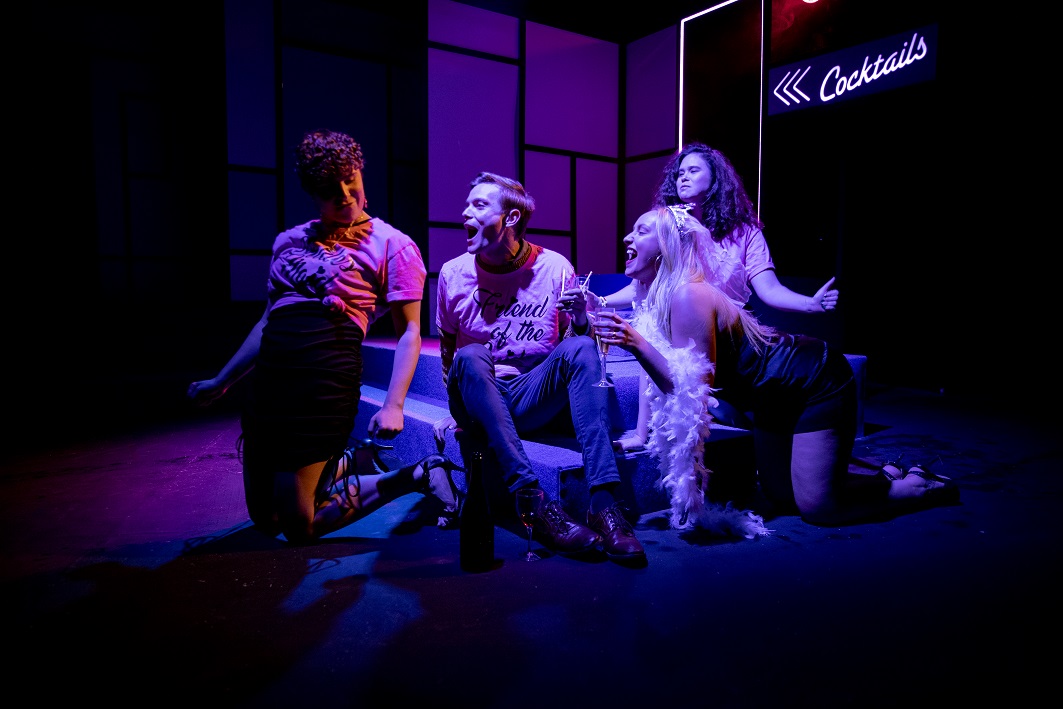 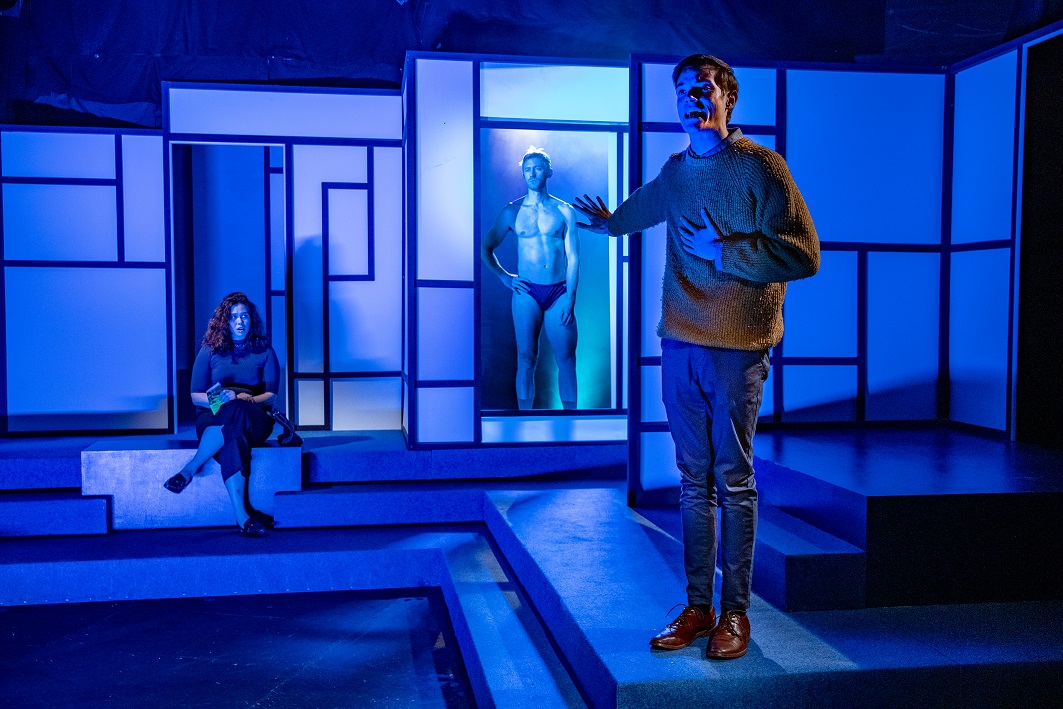 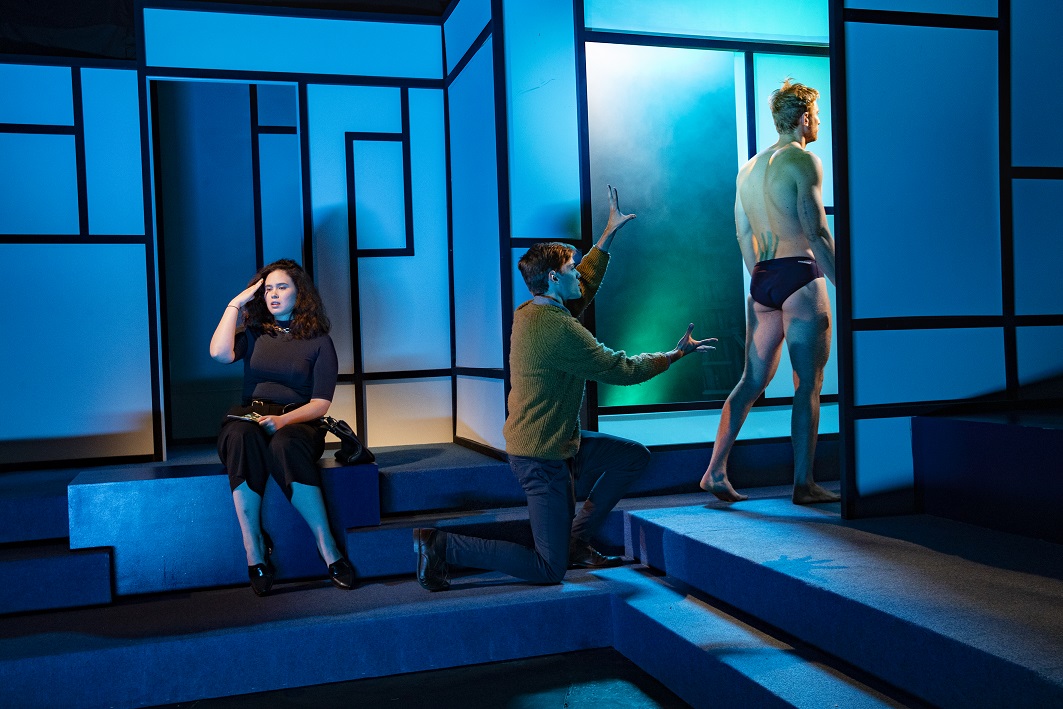 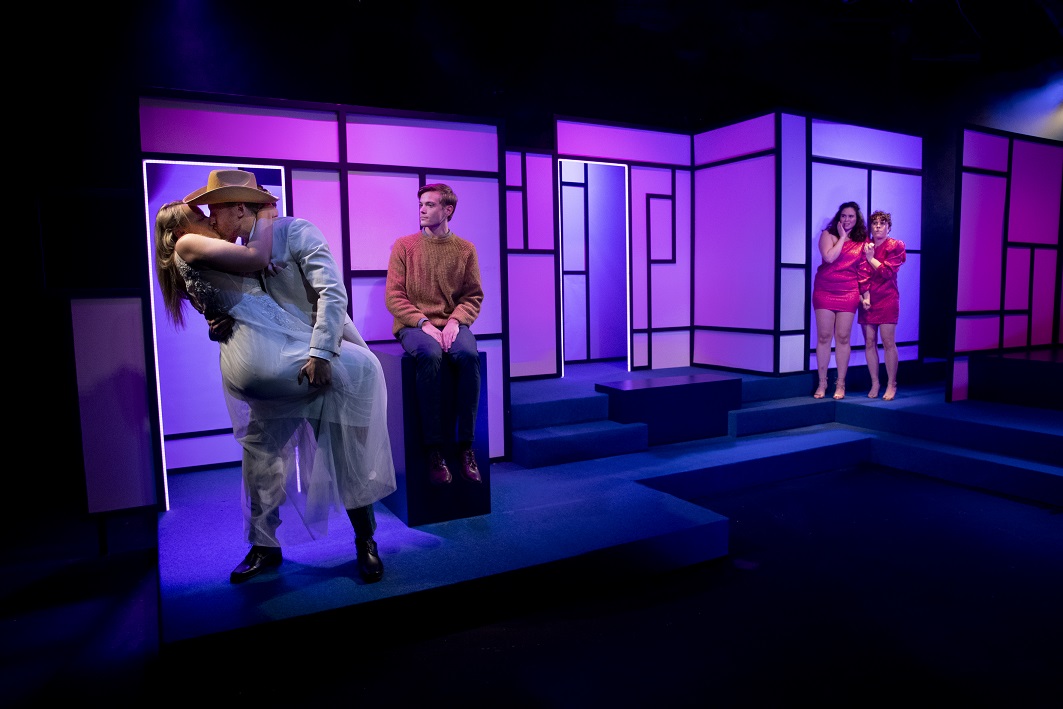 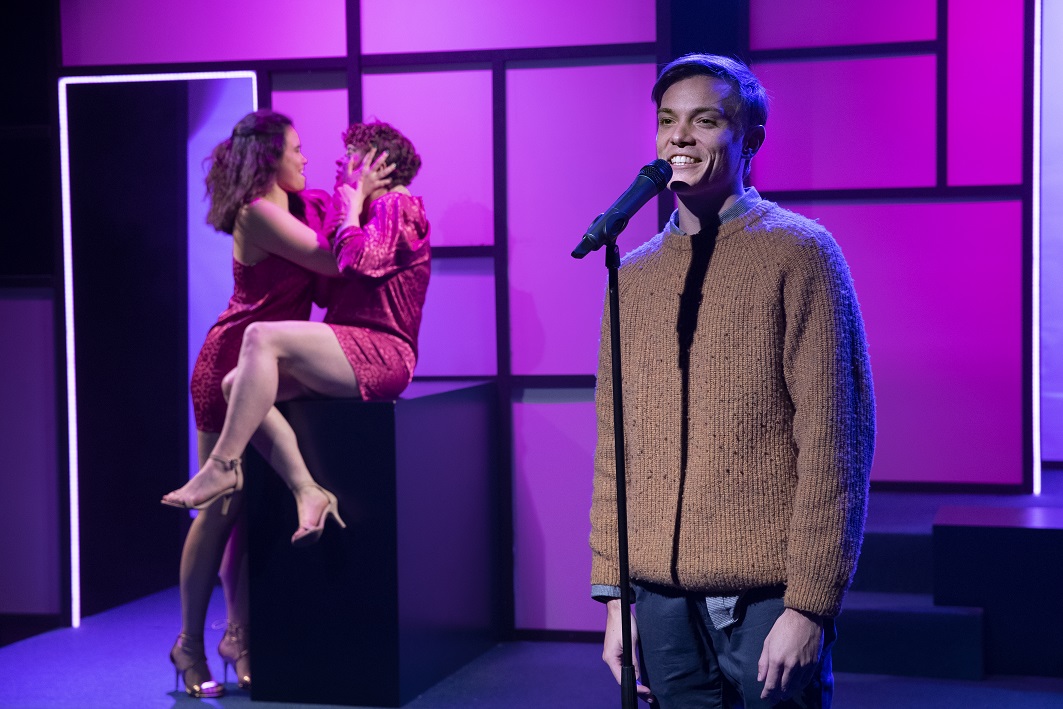 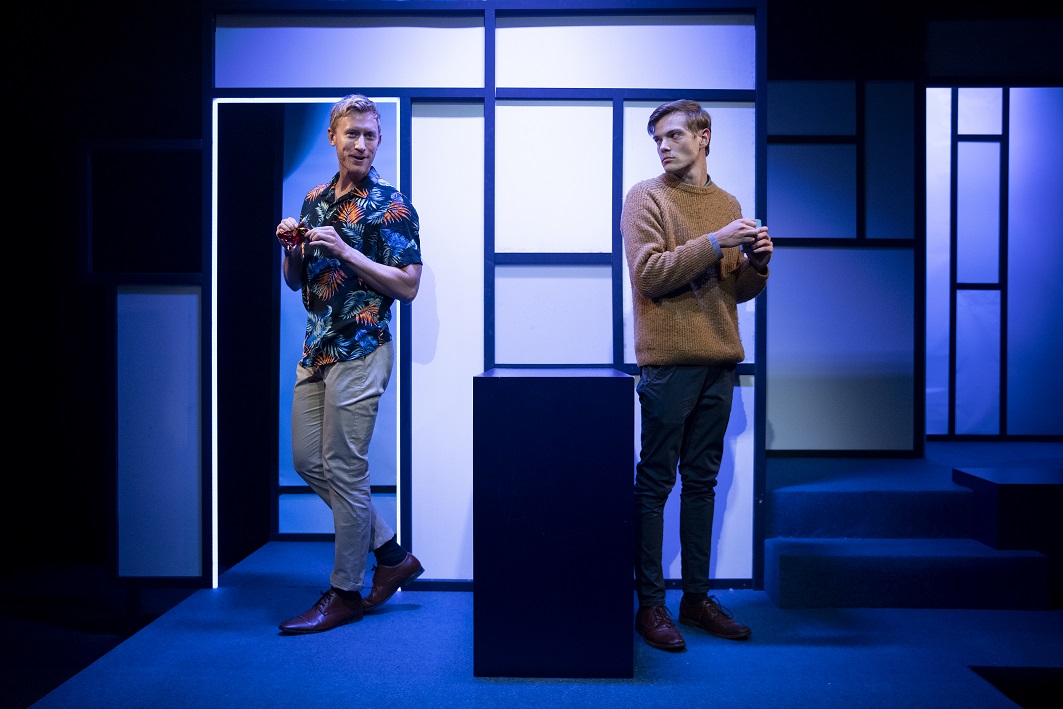 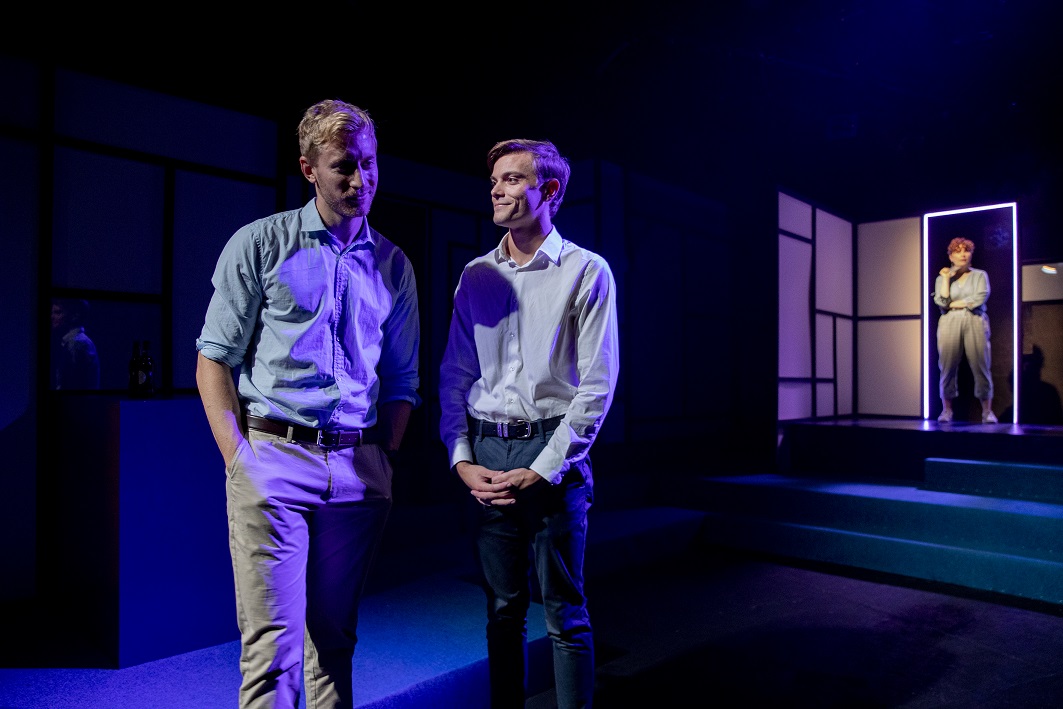 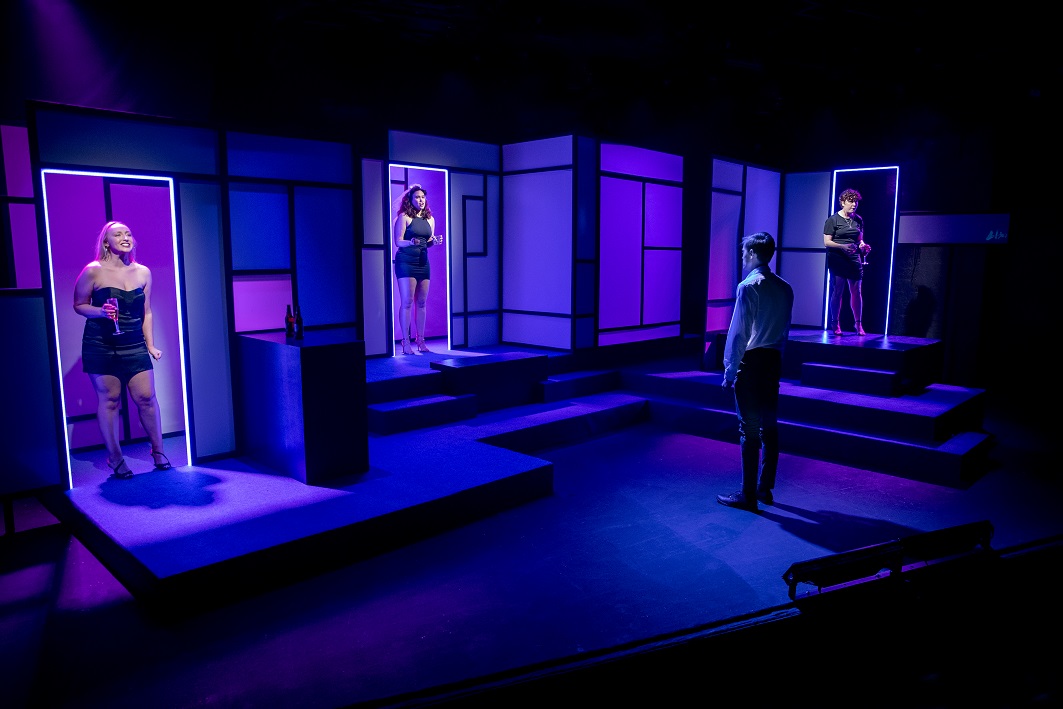 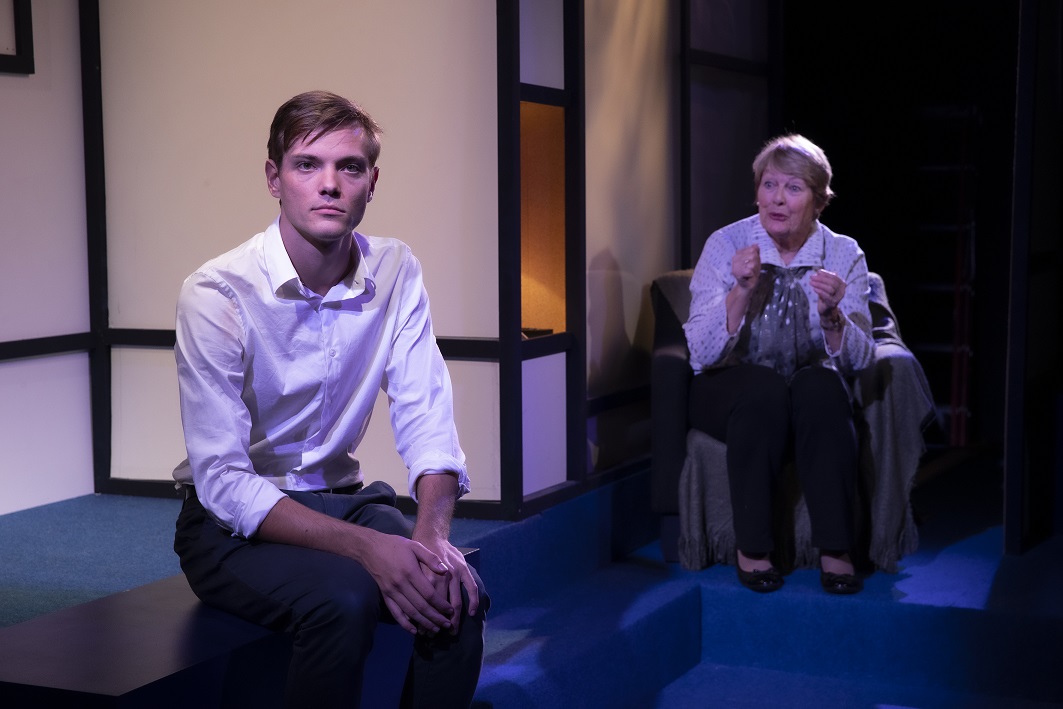 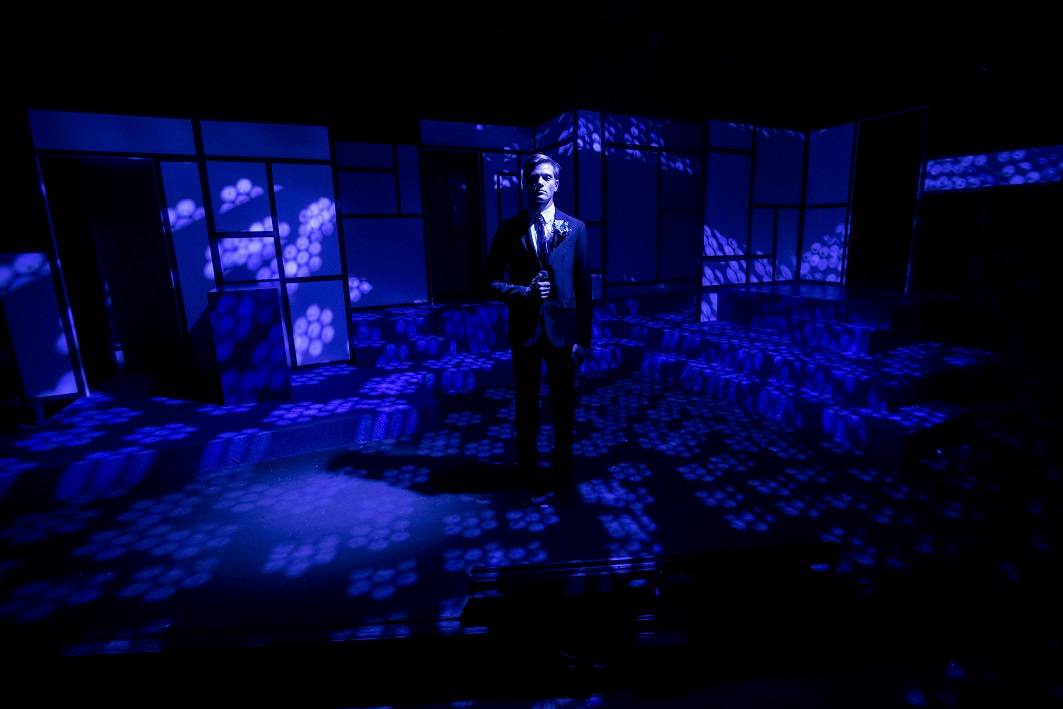