Australian Premiere, presented by Shedding Skin, in association with The Spare Room

“Full of revelations, surprises and the kind of frenetic, crazy adrenaline-charged energy that makes for dynamite theatre … darkly funny, outrageously perverse, strangely endearing … a definite must-see for those who like their theatre laced with a dash of KA-BOOM.” Australian Stage Online

“Piranha Heights is part of the New Theatre’s The Spare Room project, an ideal platform for more experimental work that falls between the fringe and mainstream. It’s a slick, well designed production with a strong cast.” Same Same

“Say you were to hand over the season finale of Eastenders to a bunch of raving ice fiends, you might get something like British writer Philip Ridley’s Piranha Heights.”  Sydney Morning Herald

It’s Mother’s Day – but mother is dead. In her crumbling council flat, sons Alan and Terry reunite to argue over the will, the furniture and the flat itself.

The presence of hijab-wearing teenager Lily and her erratic boyfriend causes friction, but the arrival of Alan’s sadistic teenage son and his imaginary friend ‘Mr Green’ lets loose a violent storm that forces the brothers to finally confront the malevolent shadows of their childhood. It’s going to be a Mother’s Day to remember.

Treading a fine line between nostalgia and nihilism, acclaimed UK writer Philip Ridley (Mercury Fur, The Pitchfork Disney) has created a bitterly funny, visceral and intelligent play about a family in turmoil and the lies that sometimes must be told to endure the truth.

Warning: This production contains very coarse language, violence, adult themes, and everything else that makes for a cracking night in the theatre. 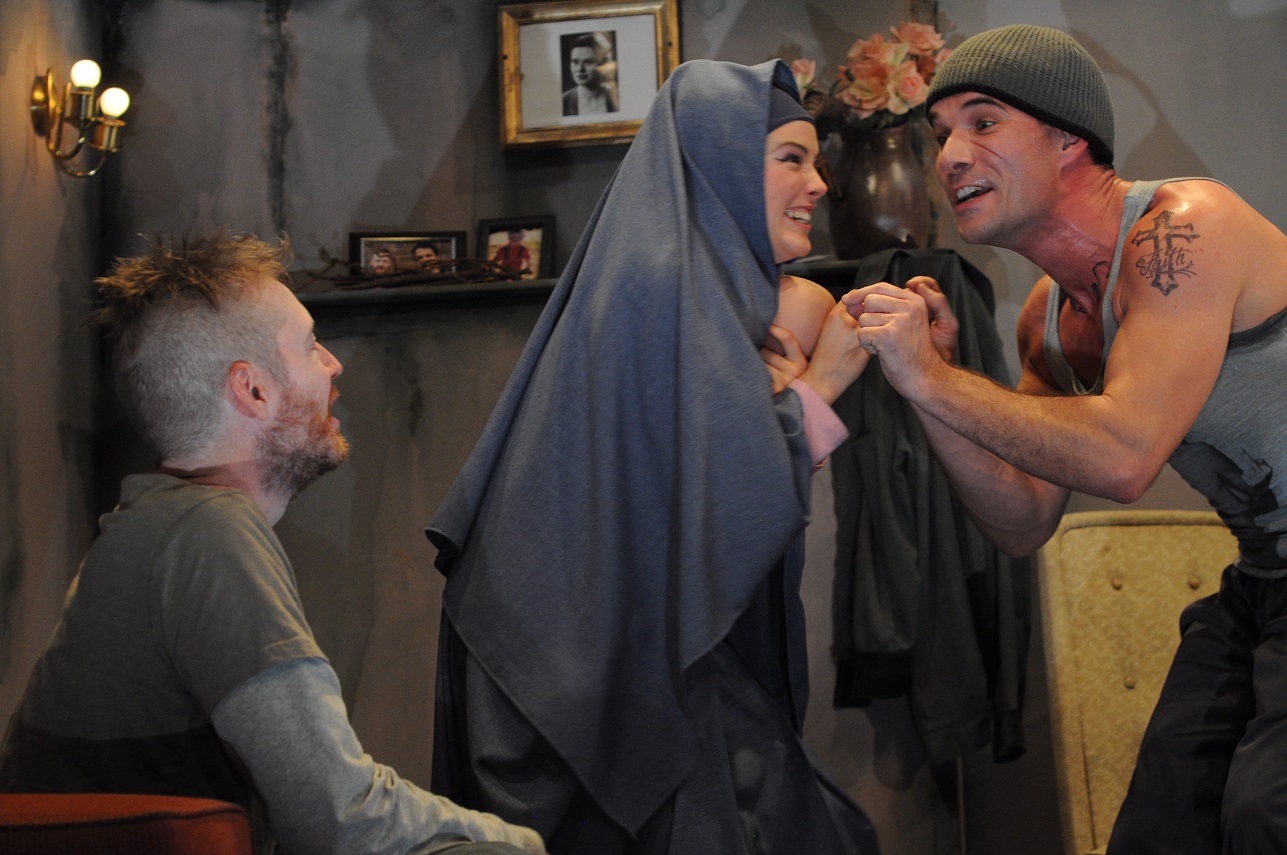 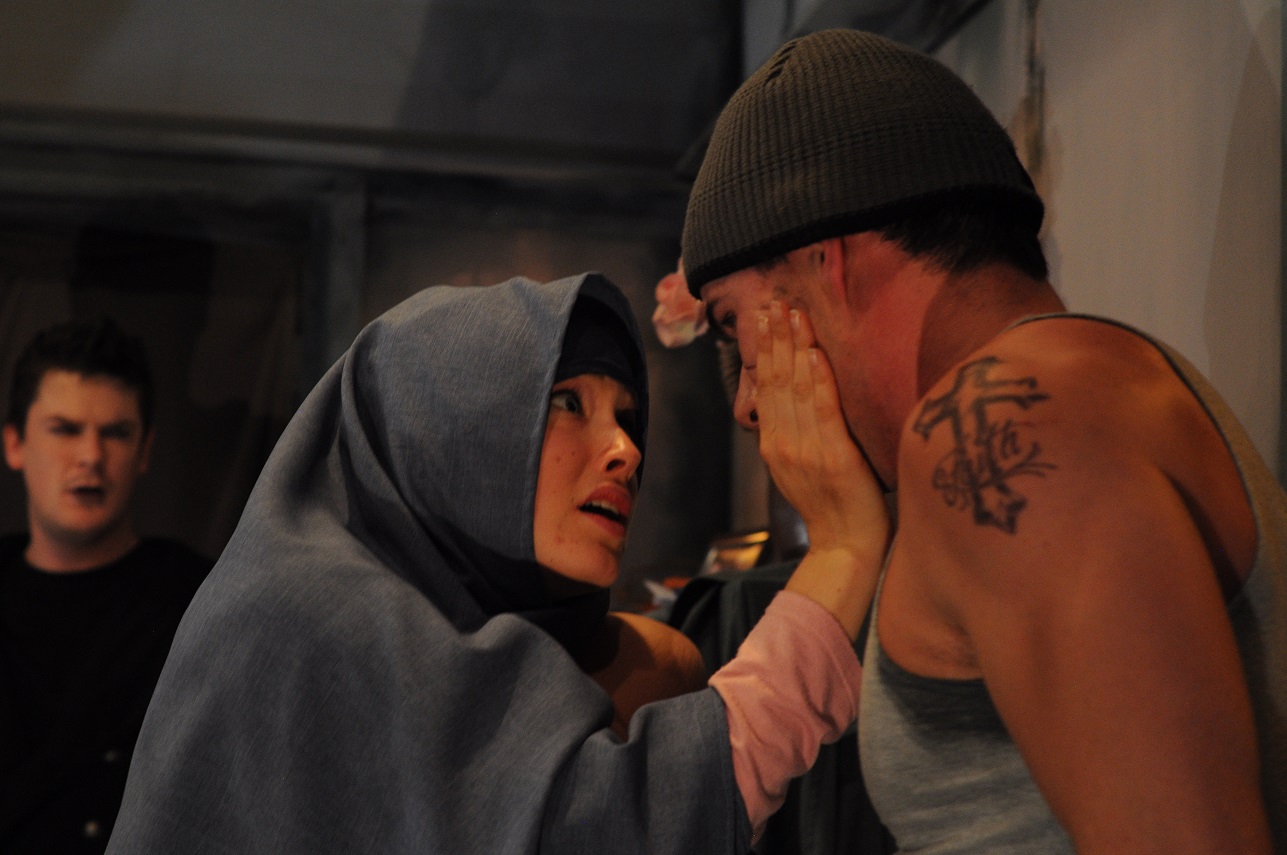 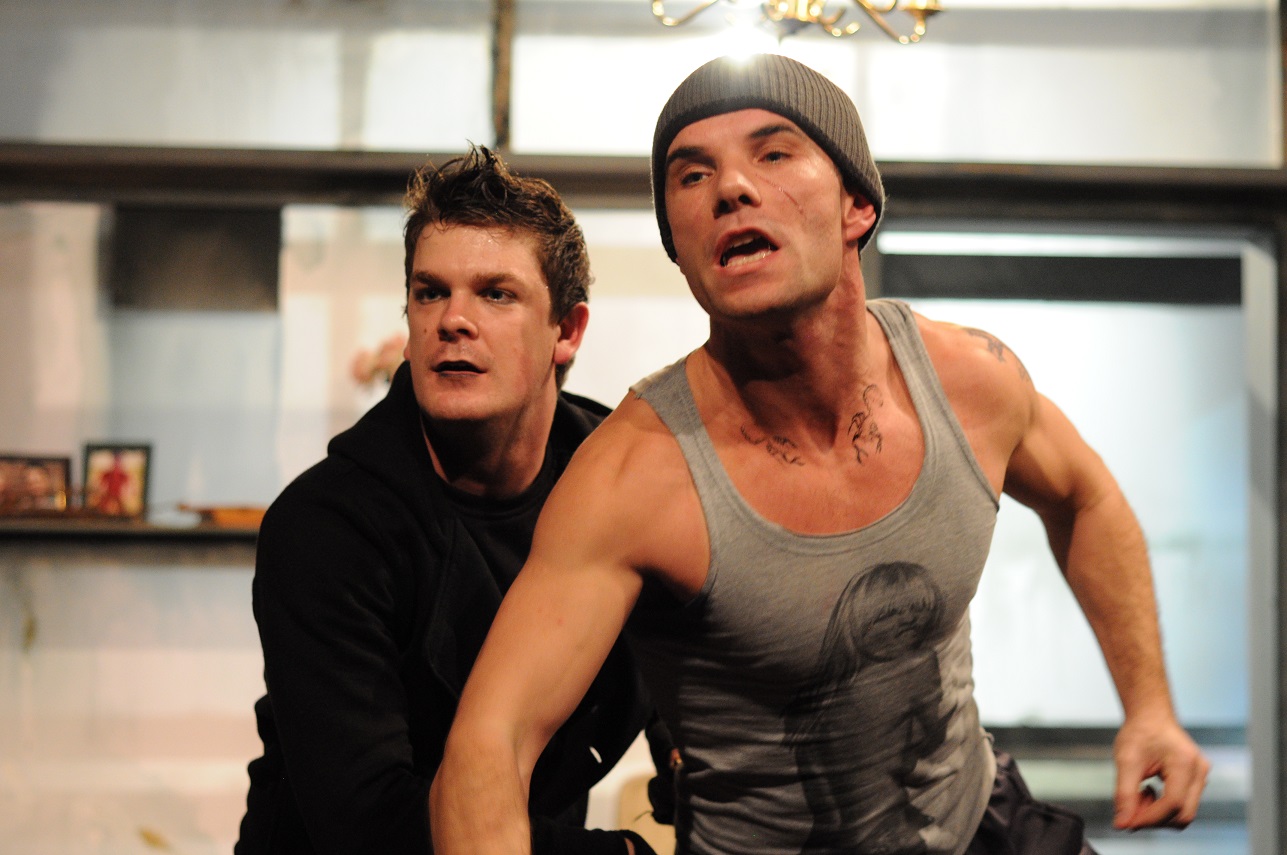