A hilarious and heartwarming comedy about football, friendship and finding your way.

Publican Viv, the player-coach, was thrown out of Lesbian Rovers for being too bossy. Her brother-in-law Joe, the team’s token straight guy, is seriously unfit – and grieving the recent death of his wife. Beardy Geoff, a gay busker with dreams of Hull Pride stardom, has a weakness for sex with opposing players.

And shy library assistant Luke only joined because he’s got a crush on sports science student Danny, who’s struggling with issues of his own.

Though on-field success is what they’re after, it’s how these five very different personalities support each other off the field that lies at the heart of this unsentimental, utterly charming, feel-good story.

The title Jumpers for Goalposts refers to pick-up amateur soccer matches in the UK, often played on a street or in a park, where jumpers (or other objects) are used to indicate the goalposts.

Director Alice Livingstone penned an open letter to Frooty magazine about the play.

Please note: latecomers will be admitted during a suitable break in the performance 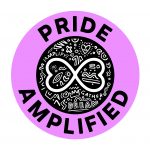