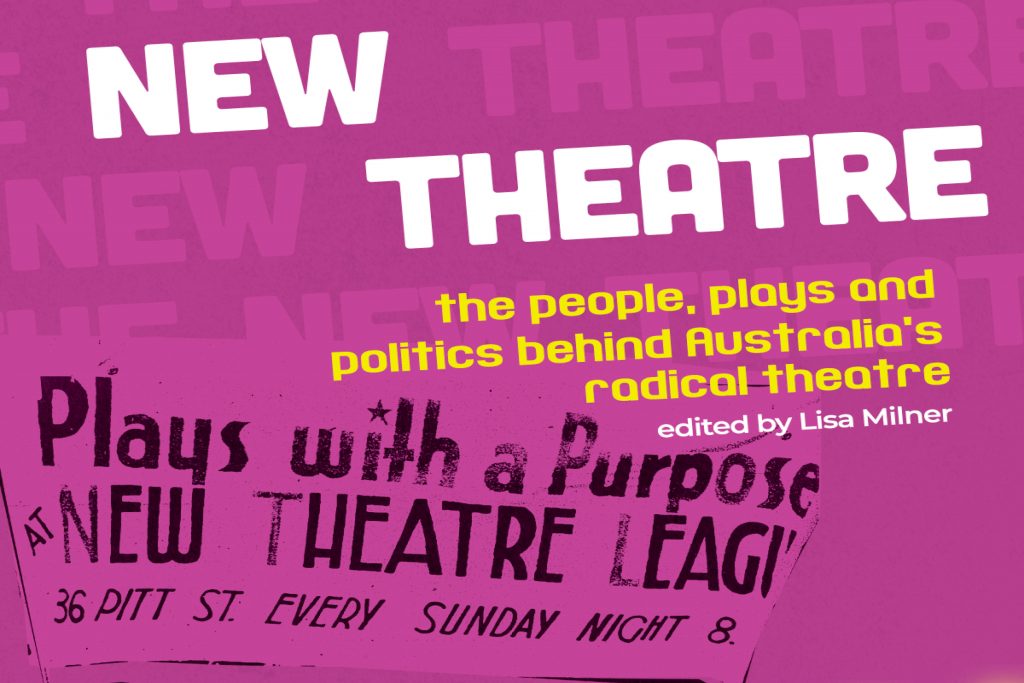 PRESENTED IN ASSOCIATION WITH INTERVENTIONS

New Theatre is thrilled to be hosting the official launch of a fabulous new book: The New Theatre: The people, plays and politics behind Australia’s radical theatre, edited by Lisa Milner.
For the first time, this unique collection of essays brings the stories of New Theatre branches around Australia, filling a vital space in Australian cultural history.
Radical left-wing history tales, told by theatre practitioners, historians, academics and political ratbags, reveal a rich vein of Australia’s hidden cultural heritage.
In the words of our President, Rosane McNamara:
“The New Theatre played an important role in the struggle to provide socially engaged theatre and to legitimise radical thought, satire and dissent on the Australian stage. This comprehensive analysis covers the colourful ways they brought theatre to working-class audiences, the important role of women and the methods employed by government, ASIO and others to suppress dissent. After 90 frequently controversial years, it seems that New Theatre is respectable at last!”
This event is also our chance to celebrate New Theatre’s 90th Birthday, with performances of a medley of two classic ‘political’ songs from the Depression era, which resonate with the circumstances under which New Theatre was formed in 1932: My Forgotten Man and Brother, Can You Spare a Dime, and an extract from Clifford Odets’ Till The Day I Die, a play so provocative and controversial that when New Theatre produced it in 1936, German officials complained to the NSW government resulting in New Theatre being ordered to cease performing.
This event is free and open to all, but numbers are strictly limited, so if you’d like to attend, please RSVP to Alice: publicity@newtheatre.org.au