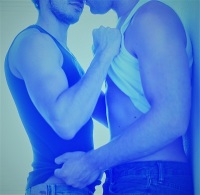 As part of our Mardi Gras program, New Theatre is presenting, for the first time in Australia, a rehearsed, staged reading of this award-winning British play.

But what’s it all about? Graphic, gripping, funny and frank, this verbatim drama exposes London’s gay chemsex chill-out scene. It paints a vividly honest portrait of a subculture where gay men use apps such as Grindr and Scruff to meet up, smoke, inject and swallow drugs such as meth and GHB and have sex parties that last for days without stopping.

Ultimately, the play is about connections, and how we navigate relating to each other in a world where so much is dependant on social media:  in a way, it’s brought people closer together than ever before, in another, these men require recreational drugs to find intimacy and instant gratification.

From surgeons to students, couples to kink; guys that love it and lost guys longing to be loved. For some gay men this will seem like a different world, but for a lot of gay men this kind of party will be achingly familiar.

Made from interviews with guys found on social hook-up apps, 5 Guys Chillin’ is hard-hitting look into a drug-fuelled, hedonistic, highly secret world.

“As confronting as theatre gets” British Theatre

Patrons are advised this reading contains adult themes, strong language, discussion of graphic sexual content, simulated drug use and partial nudity. It is suitable for people 16 years and over.